Last month we had revealed that Anushka Sharma is spending time in Europe where she is not only completing her shoots and other work commitments but she is also seen spending time with Virat Kohli. Anushka recently returned to Manchester after her shoots in Brussels where she was seen accompanying Virat. Fans of Virushka were more than happy to see the lovely couple together and clicked many photos with them. 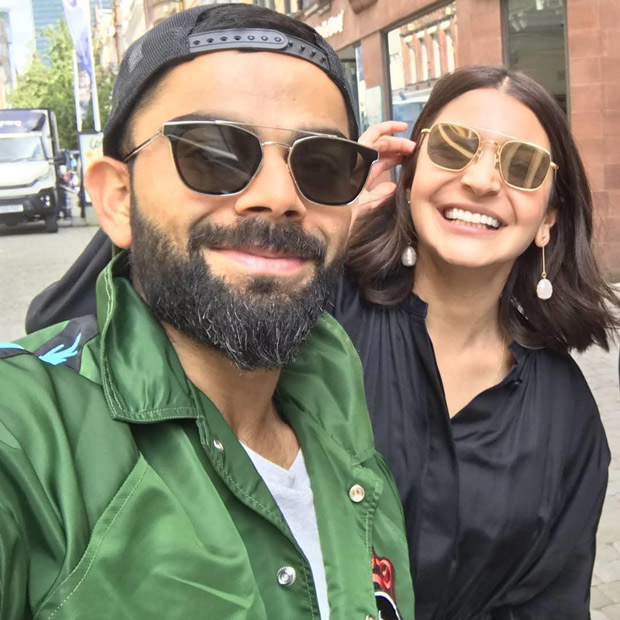 In fact, fan clubs of Virushka have come across these photos on social media and shared it on platforms like Instagram. Needless to say, the bright smiles of Anushka Sharma and Virat Kohli are more than proof that the two of them are having a gala time together in the United Kingdom. Here’s a look at the posts that the fan clubs have shared:

On the work front, Anushka Sharma is currently concentrating on her personal life and she hasn’t signed any Bollywood film as yet. Virat Kohli is currently in the United Kingdom playing at the ICC Cricket World Cup. Looks like India is in full form at the ongoing cricket championship and fans are eager to see the results of the semi-finale!