The world is dealing with Coronavirus pandemic. But, it doesn't stop work! Varun Dhawan has completed the dubbing of his next film, Coolie No 1 starring Sara Ali Khan opposite him. 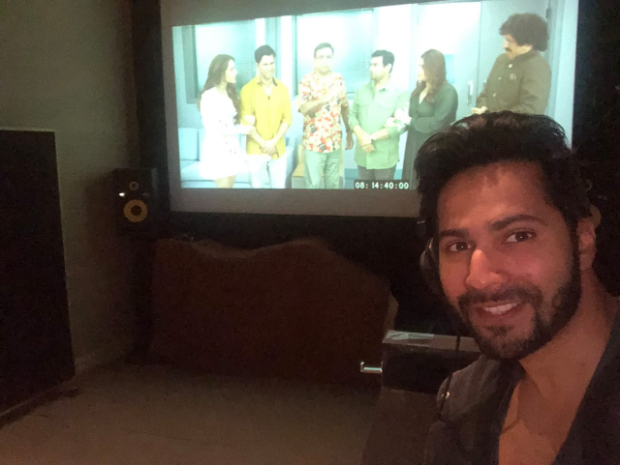 On Tuesday, Varun Dhawan shared a photo from the dubbing session as he gave the fans a sneak peek of Sara, Paresh Rawal who is reprising Kader Khan's role and other actors who are engrossed in the scene. "Finished dubbing for #coolieno1 #comedyismedicine," he wrote on Twitter.

Coolie No. 1 team wrapped up the film earlier this month in Goa. The actor celebrated the wrap up with a party. The film will have two recreated songs from the original one - 'Main To Raste Se Ja Raha Tha' and 'Husn Hai Suhana'. The original film starred Govinda and Karisma Kapoor in the leading roles.

With just 2 months to hit theatres, the posters and pictures from the sets have already piqued the interest of the fans. Directed by David Dhawan, Coolie No. 1 is slated to release on 1st May 2020.