Chhapaak trailer is finally out now, which sees Deepika Padukone slipping into the role of Malti, an acid attack survivour. This is a spine chilling and inspiring journey of Laxmi Agarwal. With Deepika going all the way into the skin of the character narrating the story of an acid victim-survivor through her commendable acting skills is winning many hearts. 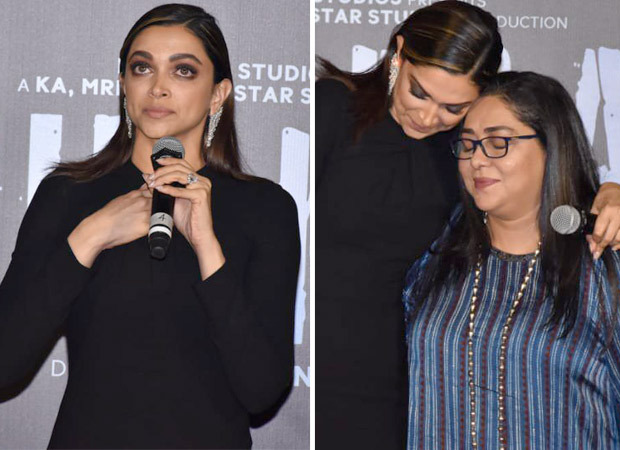 "You don't come across a story too often that affects you so much. This is not about an incident. It is about the triumph over it. I have had the fortune of meeting Laxmi. We have been sincere and responsible while telling this story. We wanted to be honest and tell this story with full authenticity. I remember Meghna reading the script. I said yes only in the first two pages. We had full narration much later, but I was sure about doing it, even more because Meghna was telling the story," said Deepika Padukone at the trailer launch on Tuesday.

The actress teared up after watching the trailer and went on stage to hug Meghna Gulzar and Vikrant Massey. She was overwhelmed by the response for the trailer since this depicts a real-life journey of Laxmi Agarwal. 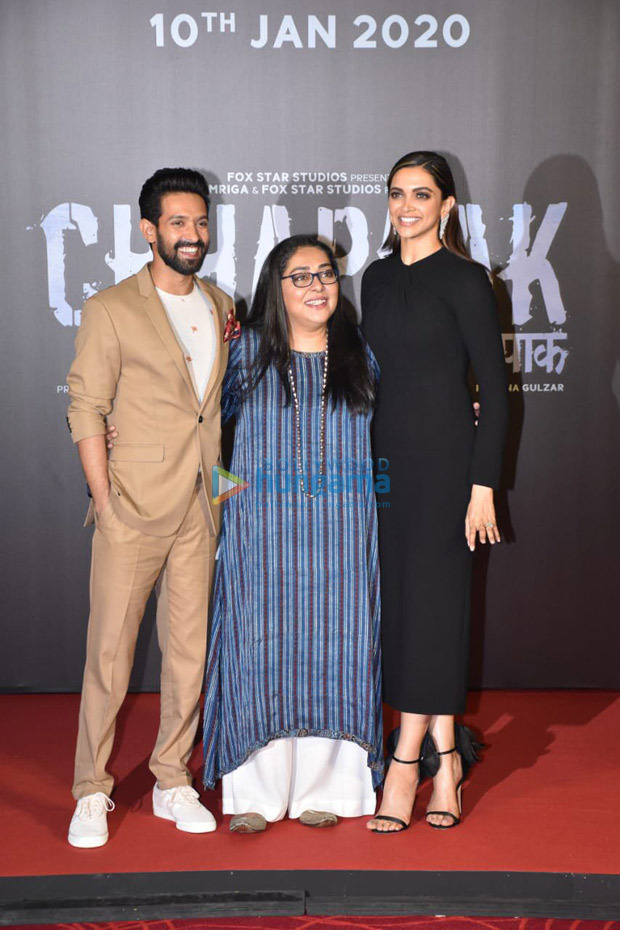 The actress said that the film was mentally and physically exhausting. "It has been a challenging process on every level. Physically and mentally, it was very exhausting," said Deepika. "It is Laxmi's spirit. It is about how easy she is with everything. Her joy, her attitude, I have never met somebody like her. She is so unique. I don't say anything about her with sympathy. She is always full of stories. She is always full of anecdotes. I can sit and talk to her for hours. You will see that side of her in the film."

Deepika Padukone used prosthetics for her face to showcase her scarred face after the acid attack. "When I saw myself in the mirror as Malti, I felt I looked myself, and when Laxmi saw me as Malti, she felt she was seeing herself. And I think that is beautiful. This is the first time I am playing a real-life character, someone who is so tangible. It is a great feeling when you are playing a person from real life, and they feel you look like them," she said Deepika.

She said that Chhapaak was truly the toughest film of her career.“Up until then, I had felt that emotionally a Sanjay Leela Bhansali film was the most difficult because with him it’s not just about the character or the film but everything that goes into making it, all the hurdles, so by the end of it you’re exhausted for various reasons… On the last day, I asked Meghna to get made an extra piece of prosthetic which I needed. I went to a corner, threw alcohol on it and burnt it… I wanted everything to become ash. I stood there till that entire process was over and only then I felt a part of it had left my system, my body. But it’s not entirely possible as none of these characters leave your system. As of now, this has been the toughest film I’ve done.” 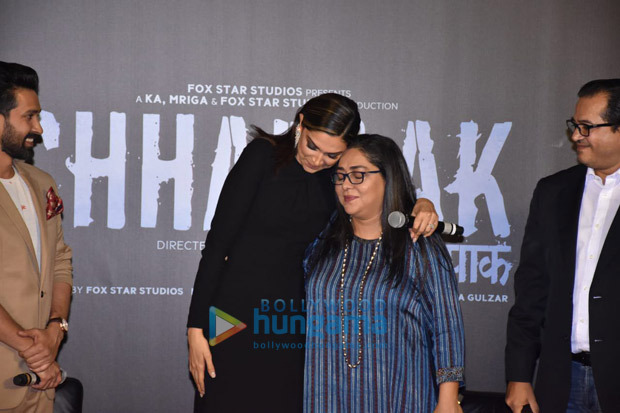 When asked what made her choose this script, Deepika said, "I don't know if there is a correlation between my personal struggle and this story. I don't think I will ever be able to describe what is that draws me to a certain story or character. Why am I a part of this film? I think it is because it is not about an incident, but her triumph and journey."

Chhapaak, which highlights the life of an acid attack survivor puts forth the confidence of the victim to be taken as a lesson and marks her as an inspiration for those who have faced a similar situation.

Helmed by Meghna Gulzar, the film is produced by KA Productions & Fox Star Studios all set to release on 10th January 2020. The film also is presented by Fox Star Studios.