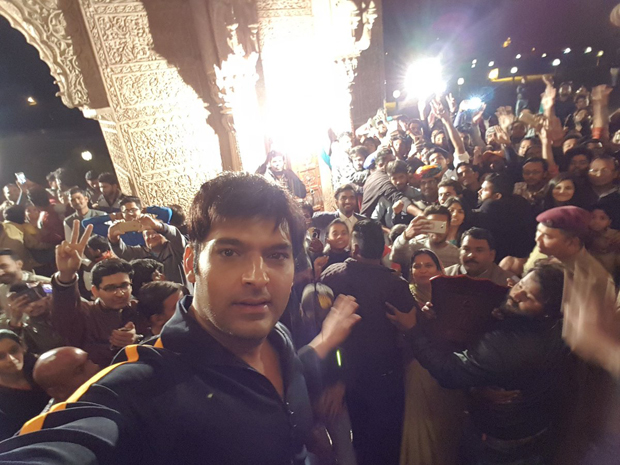 Comedian Kapil Sharma, who made his Bollywood debut with Kis Kisko Pyaar Karoon, recently commenced shooting for his second film Firangi in Bikaner.

Earlier this week, Kapil wrapped up the first schedule Bikaner. During the last day of shoot, a mob of fans had reached the sets of the film. He announced the wrap up news on his social media and wrote, “And it’s pack up for Bikaner’s first schedule… Thank you, Bikaner for so much love warmth, bhujia and papads. My bags are overloaded.” According to the reports, he is going under rigorous training for his second film. 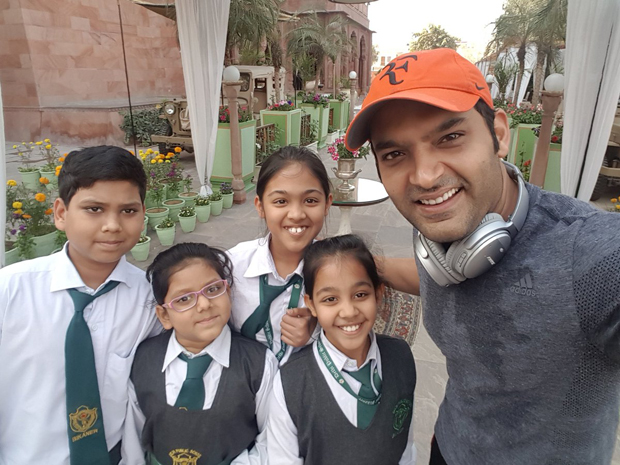 Kapil had also shared a photograph with some school kids who had come to visit him on the sets. He write, “My cute little fans.. were waiting out side my gym.. #love #bikaner unconditional love :) always feel blessed :))” Before leaving Rajasthan, he thanked everyone for showering him with love. He captioned a selfie with a mob of fans and captioned it, “Got so much love in rajasthan.. now back in mumbai n missing all these beautiful people:))”

Firangi stars Ishita Dutta and is helmed by Rajiv Dhingra. Besides this, Kapil Sharma is currently seen on his own comedy show, The Kapil Sharma Show.