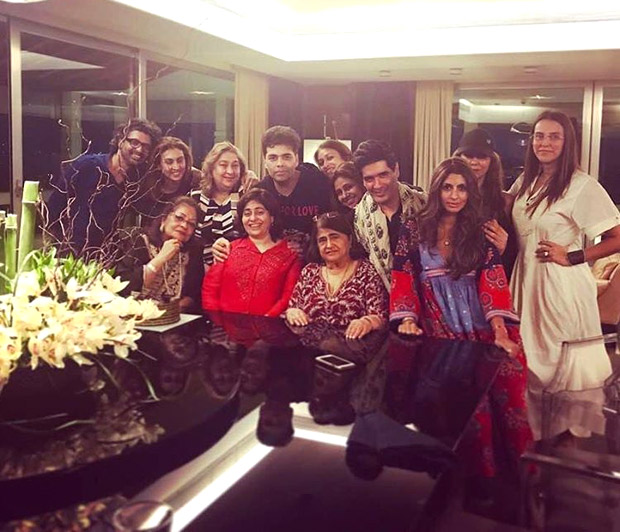 Filmmaker Karan Johar has a lot to celebrate. Karan Johar's recent collaboration with SS Rajamouli's magnum opus film Baahubali 2 - The Conclusion has broken every box office record ever made in the film industry. The Hindi version of Baahubali 2 was marketed and distributed by Dharma Productions.

Karan Johar had an intimate dinner with few of his close friends including Manish Malhotra, Gauri Khan, Shweta Bachchan, Neha Dhupia among others. His mom Hiroo Johar too joined the dinner shenanigans. Post party, Manish Malhotra shared a group picture and wrote, "After A Long Working Day the Most Relaxing can be Dinner with Friends . @karanjohar dinner for our wonderful @nandanitasha."

On the work front, Karan Johar's next production will be called Drive starring Jacqueline Fernandez and Sushant Singh Rajput.