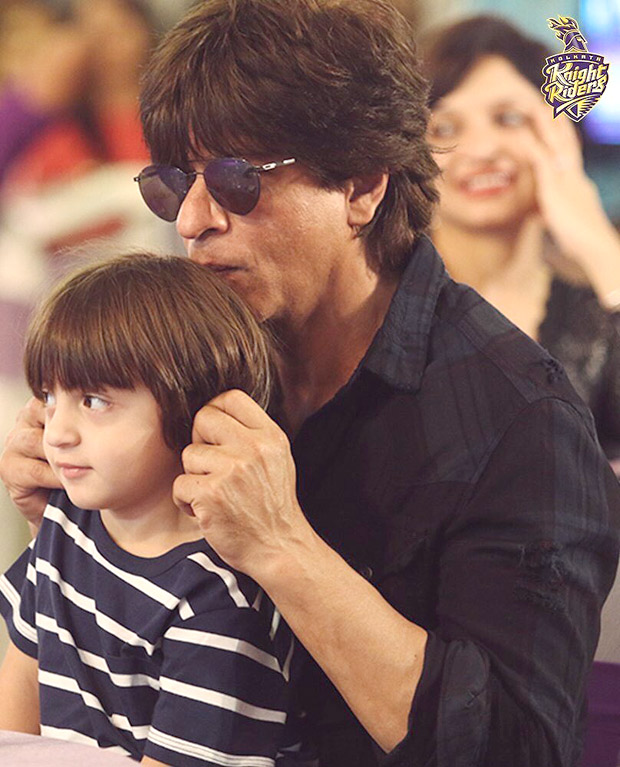 Kolkata Knight Riders owner and superstar Shah Rukh Khan was recently in Kolkata to attend the first match of IPL this season at the home ground in Eden Gardens. Although KKR lost the match, the team had reason to celebrate as they completed 10 years together.

At the 10th year celebration, Shah Rukh Khan was accompanied by his tiny tot AbRam Khan and they were once again stealing the limelight. In the recent pictures from the event, AbRam is seen sitting on SRK’s lap holding an orchid and is lost in his own world. In another picture, SRK was playfully pulling Abram's ears while watching the performances on stage. 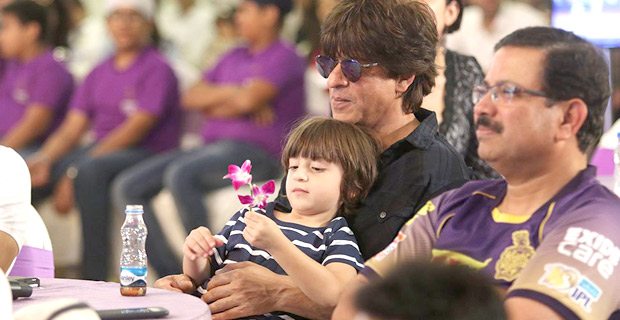 On the work front, Shah Rukh Khan will be seen in a romance drama opposite Anushka Sharma. The film is helmed by Imtiaz Ali and is slated to release on August 12, 2017.