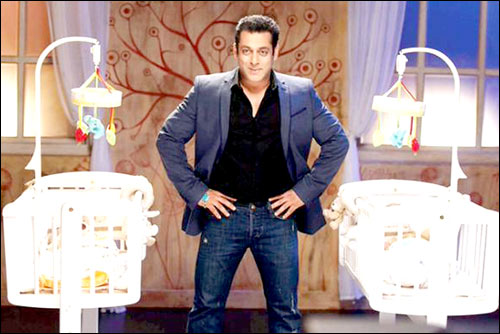 Earlier we had reported that, rubbishing rumours of quitting 'Bigg Boss', Salman Khan had not only decided to host the new season of the reality show but had even started shooting for it. The previous promo revealed that this time contestants are going to be facing double the trouble.


Keeping the concept in mind, Salman Khan shot for a new promo of the show and a picture of the same has gone viral on the web wherein the actor is posing with two cradles. Rumours have it that this time around, the contestants are couples who will have to face troubles and difficulties related to kids (infants) as well as dealing with their ex partners.