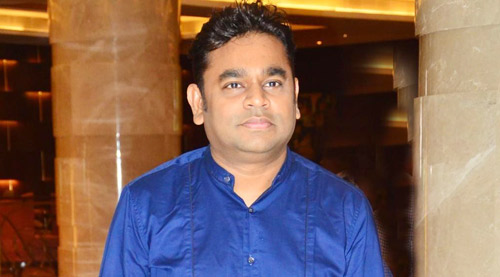 The controversies surrounding Iranian maverick Majid Majidi's latest film Mohammad The Messenger Of God have come as a shock to its proud music composer A R Rahman who poured his heart and soul into the endeavour.


A fatwa has been issued against the composer. Rahman responded to it recently.


Says a source from the music industry, "Rahman is bewildered and shocked. The film did nothing provocative. In fact throughout the film the face of protagonist is kept away from the camera, as per the religious sentiments. The film is not controversial in nature. If there was anything even remotely controversial in it Rahman would not have done it. But then one cannot comment on these matters beyond a point."


In a recent interview to this writer Rahman had expressed immense excitement over the project. "It is a film called Mohammad on the childhood of the Holy Prophet. When I got the offer from Majid Majidi I didn't think twice about accepting it. He is a filmmaker I've admired for long. We established a bond of mutual trust in no time at all."


Rahman says the film takes him into the kind of sound he has never attempted before. "There is a lot of experimental melodies and rhythms. I really enjoyed myself on the project. And the best part of the experience is the warm acceptance I've received in Iran. I've a lot of offers coming from that country."

After the way certain sections of people have reacted to the film it is doubtful that Rahman would involve himself in cinema about religion in the future.

From Beyond the Clouds to Khaali Peeli,…

“I am curious to see how the population of…