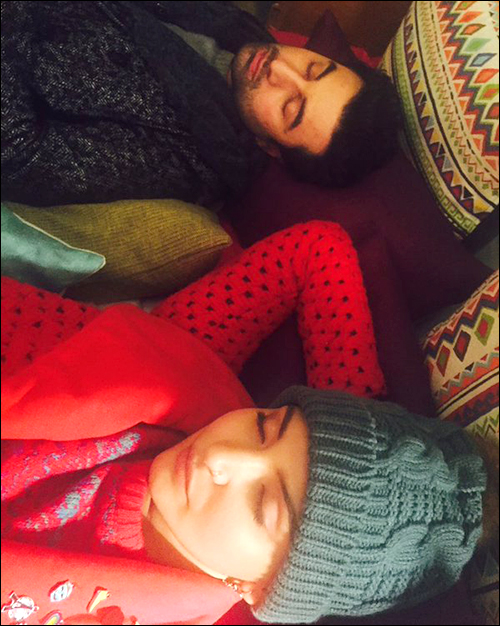 Coming together once again after Bombay Velvet, is the on screen couple Ranbir Kapoor and Anushka Sharma in Karan Johar's Ae Dil Hai Mushkil which has already gone on floors a few months back. Ranbir Kapoor recently joined the cast after completing the promotions of his recent release Tamasha, to wrap up yet another schedule of the film and their producer-director Karan Johar recently gave a sneak peek into it.


Apparently, the cast and crew of Ae Dil Hai Mushkil seems to be working on a tight schedule because of which it looks like they were longing for some rest. Karan took to Twitter to share an image of Ranbir Kapoor and Anushka Sharma catching up on their sleep amidst the hectic schedule with a caption saying, "Non stop shoot for #AeDilHaiMushkil ...overworked cast and crew! Here's a sneak peek".