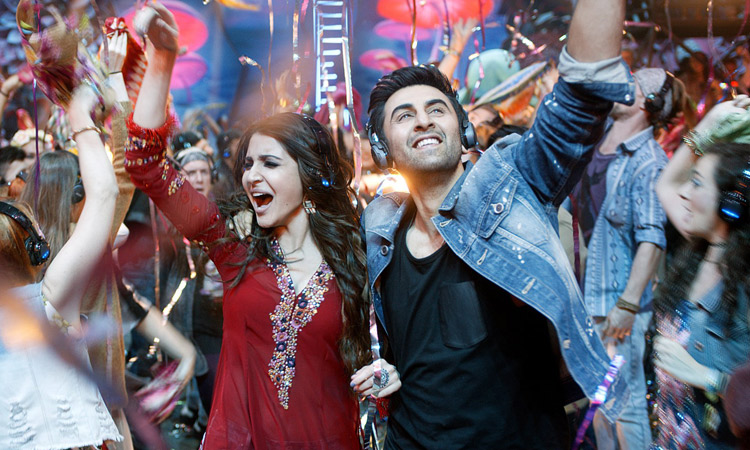 Romance has always been the eternal essence of Bollywood films. There’s hardly any film whose story has not been written with a pen that’s dipped in the ink of love and romance. This week’s release AE DIL HAI MUSHKIL also happens to be one such romantic film. Will AE DIL HAI MUSHKIL have a ‘mushy’ dream run or will it face ‘mushkil’ at the Box-Office, let’s analyze.

AE DIL HAI MUSHKIL is a roller coaster ride between lovers, which mirrors the ups and downs of their lives. The film starts off with the introduction of the singer Ayaan Sanger (Ranbir Kapoor) giving an interview, wherein he talks about the inspiration behind his successful singing career. The story, then enters a flashback that has Ayaan and the free spirited Alizeh Khan (Anushka Sharma) meeting at a night club. They start enjoying each other’s company as friends, so much so that, that they become inseparable. One day, when Ayaan and Alizeh go on a double date with their respective lovers (Lisa Haydon and Imran Abbas), an untoward incident happens which leads to them breaking up with their lovers. And to ‘celebrate’ their break up, Ayaan and Alizeh head to Paris, where they find seamless comfort in each other’s company. Despite Ayaan repeatedly confessing his love for Alizeh, she maintains that they are only best friends and nothing more than that. One day, when Ayaan and Alizeh go to party at a club, Alizeh finds her ex-lover Ali (Fawad Khan) playing at the DJ console. Alizeh, who now finds her love rekindled for Ali, announces her decision to Ayaan. She tells Ayaan that she wants to get married to Ali, who happened to be the only person whom she ever loved. A heartbroken Ayaan, then meets the stunning Sabah (Aishwarya Rai Bachchan), a poetess who is happily divorced. Despite the two having a great live-in relationship, Sabah finds something amiss in their relationship. Amidst all this, Ayaan gets to know something shocking about Alizeh that changes everyone’s lives forever. What is it about Alizeh that leaves Ayaan shell-shocked, what happens to his relationship with Sabah and whom does Ayaan settle the rest of his life with, is what forms the rest of the story.

Karan Johar’s films have always centred around relationships and emotions, which are woven together with larger than life opulence with music playing an integral role. AE DIL HAI MUSHKIL also falls in the same space. Ever since the time the promos of AE DIL HAI MUSHKIL were out, it had only upped the curiosity of the viewers about the film. The film, in totality, is worth the audiences’ expectations.  The film’s taut screenplay (Karan Johar) makes its very realistic and extremely relatable to today’s relationships. The film’s dialogues (Niranjan Iyengar, Karan Johar) are really vibrant and its situational one liners will surely find resonance with the audiences (esp. the youth). Even though there is nothing new in the basic story premise of AE DIL HAI MUSHKIL as the audiences have seen this several times in the past, what sets the movie apart from others is its screenplay and utmost maturity with which Karan Johar has treated the film. AE DIL HAI MUSHKIL, which has all the required ingredients of a typical ‘Karan Johar’ film, oozes universal appeal in abundance. The film will surely be liked by all the age groups (majorly by youth), despite its mature storyline.

Karan Johar, who is known for extracting exceptional performances from his starcast, does the same with AE DIL HAI MUSHKIL as well. With AE DIL HAI MUSHKIL, Karan Johar only proves and reaffirms the fact as to why he is considered one of the best storytellers in Bollywood. The one word that describes Karan Johar’s direction in AE DIL HAI MUSHKIL is ‘exemplary’. Full marks to Karan Johar for handling and presenting the emotional moments and the twist towards the climax, without resorting to any kind of melodrama or ‘over-the-top’ scenes. While the film’s first half thoroughly establishes the characters and the proceedings, the second half sees a dip in the film’s pace (more towards the climax). Do not miss the scenes where Ranbir and Anushka go on a double date, Ranbir Kapoor dancing to the tunes of ‘Tohfa Tohfa’ and ‘Baby Doll’, Anushka Sharma explaining to Ranbir Kapoor the meaning of ‘dil ka dard’, Ranbir Kapoor and Anushka Sharma living their ‘Bollywood dream in the Alps’ and the medley song sequences in the second half of the film. 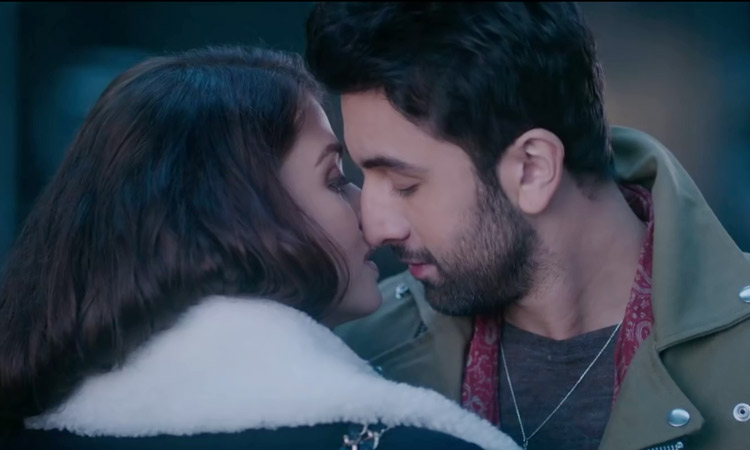 As for the performances, the film totally belongs to Ranbir Kapoor, who is in a dire need of a hit film, especially after the back to back debacles like ROY, BOMBAY VELVET and TAMASHA. AE DIL HAI MUSHKIL sees Ranbir Kapoor excelling in the role that seems to be tailor made for him. Ranbir Kapoor, who happens to be the nucleus of the film, takes to his role like a fish to water. It just won’t be wrong to say that AE DIL HAI MUSHKIL is an out and out a Ranbir Kapoor film. Anushka Sharma, on the other hand, is decent and does her role with extreme conviction. The chemistry between Ranbir Kapoor and Anushka Sharma is superlative in the film, so much so, that people will surely leave behind the debacle of their last film BOMBAY VELVET. Overall, Anushka Sharma comes across as extremely pleasant in terms of her performance in the film. Aishwarya Rai Bachchan, despite having limited screen time, manages to looks beautiful, classy and very different from all her earlier roles. Full marks to Manish Malhotra for presenting Aishwarya Rai Bachchan like never before. Aishwarya manages to charm Ranbir’s character and the audiences, exactly the way she is meant to be. Fawad Khan, whose role has been chopped mercilessly, looks good in whatever screen time he gets. The cameos by Alia Bhatt and Imran Abbas seem just passable. On the other hand, cameos by Shah Rukh Khan and Lisa Haydon are brilliant.

AE DIL HAI MUSHKIL’s music (Pritam) is already a superhit, and the songs manage to give an extraordinary feel to the story. Tracks like ‘Bulleya’ and the title track lifts up the tempo of the film to another level altogether. The film’s background score (Pritam) is equally good and helps the film immensely.

The film's cinematography (Anil Mehta) is superlative. The way in which he has shot the foreign locales are extremely top-notch. Even though the film’s editing (Manik Dawar) is good, it definitely could have been tighter, majorly in the film’s second half. Had the length of the film been a bit shorter, it would have definitely worked in the film’s favour.

On the whole, AE DIL HAI MUSHKIL is a contemporary and a progressive take on relationships from the master story teller Karan Johar. It is a perfect Diwali entertainer which packages rich visuals, chartbuster music and an engrossing screenplay on a large canvas. At the Box-Office, the tremendous hype, combined with the festive period and an extended weekend will translate into amazing returns for the makers. In a nutshell, AE DIL HAI MUSHKIL has got ‘S-U-P-E-R-H-I-T’ written all over it.

Queen of ultra-chic, Master of uber cool; Aishwarya Rai Bachchan with Pharrell Williams will never go out of Vogue

its a bad recycle of old movies with good acting.

This movie is artistic on different levels. it's probably not for everyone, but do watch it of you…