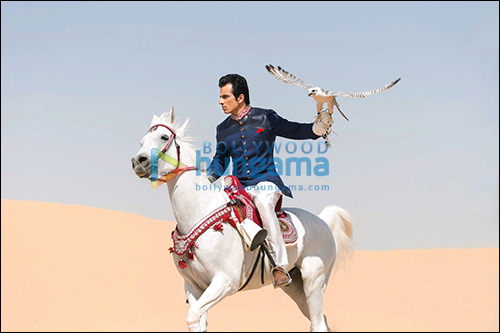 Earlier we had mentioned that Sonu Sood will be a part of a Jackie Chan film where he will be seen in the role of a king. Now, a recent picture of the actor from the film Kung Fu Yoga has been doing the rounds.


Apparently, Sonu Sood will be a part of the royalty in the film because of which the actor will be seen riding a horse. In this picture, he is also holding falcon and it has been shot amidst the sand dunes. Sonu Sood who has learnt horse riding during the shoot of Jodhaa Akbar mentioned that he has now got better with it. He also revealed that the animals used in this sequence belong to the royal family from UAE. As far as the film is concerned, Sonu Sood has already completed a major portion of the film and will soon return to China to complete the rest of the schedule,