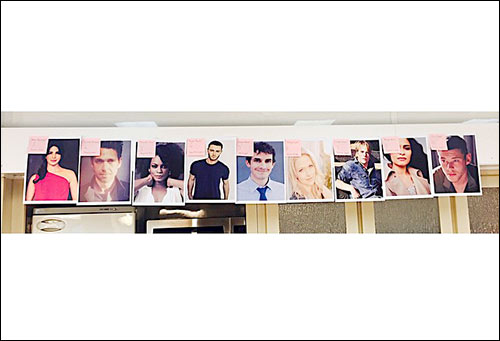 Earlier we had reported about Priyanka Chopra taking yet another step towards her international career, wherein she signed a deal with one of the popular TV production studio ABC. Though the details of her upcoming project were kept under wraps, now she has revealed that she will be starring in the crime series 'Quantico'.


Posting a picture of the star cast on her Instagram page, Priyanka Chopra confirmed the news saying, "Cast list.. #Quantico #PrepDay #Pilot @ABCNetwork @kcslee". The said series is a crime drama revolving around the life of FBI trainees and their struggle as they weave their way to become FBI officials. From what we hear, Jake McLaughin of 'Believe' fame will be playing Priyanka Chopra's love interest in the series.

Also, Priyanka Chopra shared a picture of a casting list on her Instagram page and wrote, "Call sheetttssss! OMG #Quantico @ABCNetwork @kcslee". The Chopra girl will be seen playing the role of Alex Weaver in this series, an intelligent FBI recruit who is haunted by a past. The rest of the cast as the list suggests include Aunjanue Ellis, Yasmine Al Massri, Dougray Scott, Tate Ellington, Graham Rogers, Johanna Braddy and Brian Smith.


Josh Safran has penned the script and will also be the executive producer of this drama along with Mark Gordon and Nick Pepper. On the other hand, Marc Munden will direct the pilot.