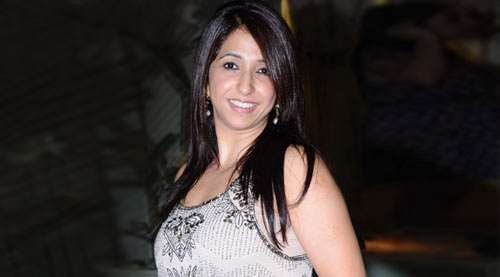 Krishika Lulla is a happy woman. As a producer, she is proud to have put together an unconventional, yet promisingly entertaining film in the form of NH10, where she has Anushka Sharma joining as an actor as well as producer (along with Phantom). In the plethora of films that are arriving practically every weekend, the producer in her is happy to make her NH10 look distinct, not just in terms of theme and narrative, but also overall stage, setting, styling and presentation. No wonder, she is keenly awaiting the arrival of her woman-centric affair that hits the screens on 13th March.

Anushka as a central protagonist seems like a surprise factor in the factor, considering the fact that she has been known more for her lively performances.

An actress has to touch different genres and she can be considered complete, when she can deliver with different kind of films like the back of her hand. Anushka has done that and moreover, she has taken one step to move ahead as a producer and that too, with Eros. One would have thought that she would take such a step with YRF since she was born there. Still, she associated with us on NH10. Why would she do that? Because, she wanted to see her potential as a creative person. She has done these beautiful love stories but never a subject like this.

What do you think prompted her to take this decision?

She knew her potential and capabilities. She knew where she could stretch herself to that extent as an actor. When she chose a subject for her first film as a producer, she had to love it, believe in it, and see herself in the script. NH10 was film where she could explore each of these elements. I believe that is the reason she has taken this big step in her professional career.

Amongst other actors, there is Darshan Kumaar who is playing the main villain. From being an empathetic husband to Priyanka Chopra in Mary Kom to being a rough-n-tough local from the interiors who torments Anushka Sharma, it is quite a shift, isn't it?

Yes, indeed. He is a good actor and he also wants to touch different genres. I feel that this role really suited him; he was apt for it. He has done justice to his character, and so have Neil Bhoopalam and Deepti Naval, who are brilliant in the film.

With Vikas Bahl, Anurag Kashyap & Vikramaditya Motwane in there, was it the case of too many cooks trying to make a wonderful dish?

(Laughs) It is always a plus point to have so many creative people come together. There were many out of the box ideas that blended so well. All the positive energy came together for the film due to such creative participation. We had the right potential and capability merging together for this film.

The film has a kind of plot that warrants a dark and grim zone to it. While realism is certainly expected, how have you made sure that the entertainment quotient is kept intact?

True entertainment comes in when a person can connect with the film and say that 'arrey, yeh toh hamaare saath bhi ho sakta hai'. That's a plus point for any script and it always hits the right chord. You pass through the heartland of the country and realize that there are forgotten places which are real, hard hitting and gritty. You can certainly extract entertainment out of that.

Coming to the stage and setting of the film, why did you choose Gurgaon? Weren't there any problems while shooting for the film?

Basically, we wanted to touch the highway and Gurgaon was just the right place for that. Every shooting has its own challenges but I remember some of the happy things that happened. There was this particular day when we were shooting in the interiors and it started drizzling. The locals were so helpful that they just opened their doors for us and asked us to come inside and be in the shade till rains went away. They were so sweet and nice to us that they gave us this whole hall. It was unbelievable how they stretched themselves for us. This happens only in small cities. I don't think in Mumbai, people would be like this.