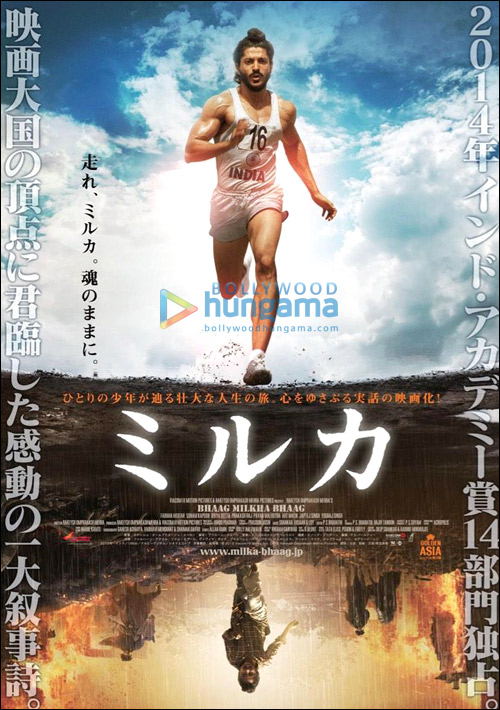 After getting huge success in India, the sports biopic based on athlete Milkha Singh is now all set to woo the audience of Japan. The Farhan Akhtar starrer Bhaag Milkha Bhaag will soon release in Japan.

An excited Farhan Akhtar decided to take to Twitter to give his fans a glimpse of the first look poster of the film which will release in Japan. He tweeted about it saying, "Bhaag Milkha Bhaag to release in Japan.. Check out the poster." Films like English Vinglish, the comeback venture of Sridevi, resonated with the audience globally and tasted success in these countries, especially in countries like Japan. However, Bhaag Milkha Bhaag belongs to a completely different genre where it traces the struggle of a kid who loses his family in partition. From a petty thief to an army soldier to a famous athlete, the journey of Milkha Singh has remained an inspiration to many.

Produced by Viacom 18 in association with Rakeysh Omprakash Mehra who also directed it, Bhaag Milkha Bhaag achieved critical and mass acclaim and gave Farhan Akhtar, the title of one of the best actors. Apart from him, the film also stars Sonam Kapoor, Divya Dutta, Prakash Raj among others.