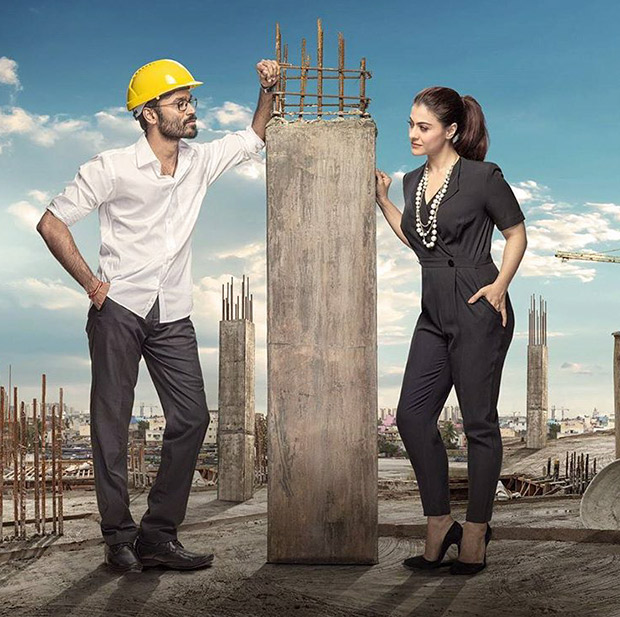 Readers may recall that we had reported about Kajol making a comeback to Tamil cinema after 19 years with VIP 2 (Velai Illa Pattadhaari 2). We also had reported that Kajol will be seen in a negative role.

This time round, we bring to you the first look of the film that Kajol had posted on her social media account. Kajol captioned the same as “What to look forward to this year ;). Happy new year people. Have a good one”. Reports have it that the plot of VIP 2 is about a hero (Dhanush) versus villain (Kajol), who keep on chasing each other.

VIP 2 is being made in collaboration between Dhanush and his sister-in-law Soundarya Rajinikanth. The movie will be filmed in Tamil and Telugu. The music of the film is being composed by Anirudh Ravichander.