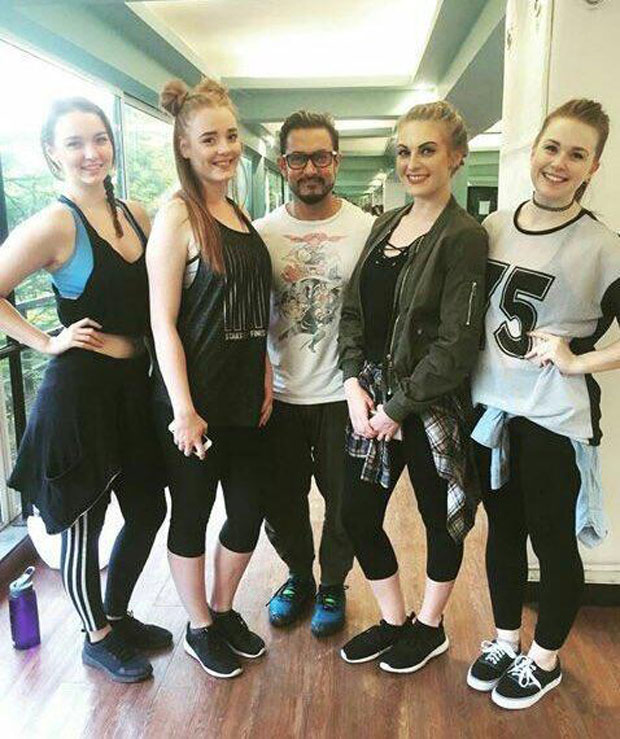 Earlier, we had reported that Aamir Khan was participating in the upcoming Global Citizen Festival which aims to end poverty in the world by the year 2030.

For the grand show happening in Mumbai in the month of November, Aamir Khan is leaving no stone unturned for his performance. We came across a photograph in which Aamir was seen posing with some female dancers.

The show will be headlined by biggest names in Hollywood including Coldplay, Jay-Z. Others include Deepika Padukone, Ranveer Singh, Arjun Kapoor among others.

On the work front, Aamir Khan is gearing up for his forthcoming release Dangal which is a biopic on wrestler and coach Mahavir Singh Phogat. It is slated to release on December 23, 2016.