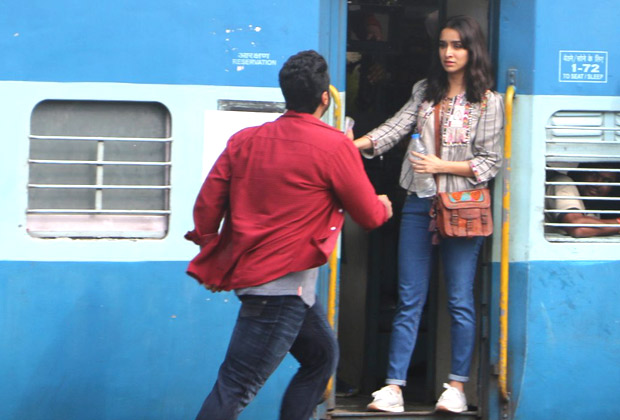 Arjun Kapoor and Shraddha Kapoor have been shooting for their romantic drama Half Girlfriend for a while now. After wrapping up New York schedule, the cast has now started their next schedule shooting in Mumbai.

Arjun Kapoor and Shraddha Kapoor were spotted shooting at local trains set. Arjun shared a photo from the shoot stating they were recreating Shah Rukh Khan and Kajol's iconic train scene from Dilwale Dulhania Le Jayenge but with a twist. He wrote, "Our very own DDLJ moment !!! @ShraddhaKapoor @mohit11481 @chetan_bhagat #halfgirlfriend #shootlife #mumbailocal."

Directed by Mohit Suri, Half Girlfriend is slated to release on 19th May 2017.