Earlier this week, BTS Week kicked off on The Tonight Show Starring Jimmy Fallon with two stunning performances. The second day consisted of a vibrant set whilst bringing back the 'Home' track from their April 2019 EP 'Map Of The Soul: Persona'. 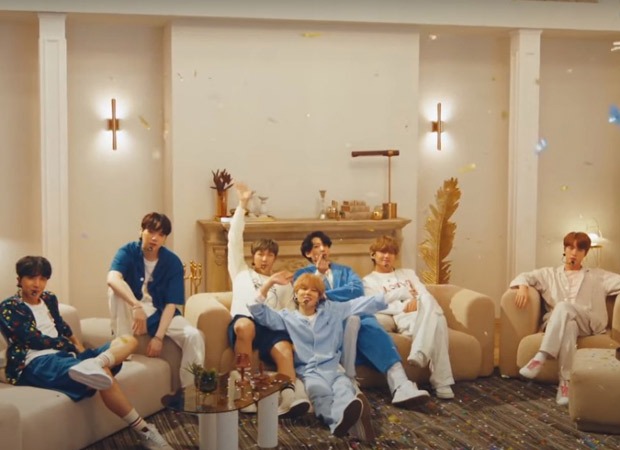 "The performance was pre-recorded in Seoul and the set gave homely and cozy feels. Dressed in pyjamas, shorts and comfy clothing, the seven members of BTS - RM, Jin, Suga, J-Hope, Jimin, V and Jungkook - were crooning the beautiful song while showcasing their vocals. The whole performance looked like the music video the fans deserved it. The song narrates the story of the septet who call ARMY their home and turn to in any circumstance. The sentiment reflects in the lyrics - 'That place is probably Mi Casa / With you I'mma feel rich (yeah) / That place is no other than Mi Casa /  Turn it on, your switch (switch) Yeah'."

John Cena further spoke about how BTS donated $1 million to Black Lives Matter and how their fandom BTS ARMY matched the group's donation within 24 hours. "They've developed this global ARMY that's not just geeked-out fans.
BTS donated $1M to Black Lives Matter and the ARMY was like 'if they can do it, we can do it.' As an artist, if we can resonate through the TV to you at home to give to a cause...that's WORK...that's PURPOSE."