Garam Dharam who has won hearts since his Bollywood debut continues to make us believe that age is just a number! From taking care of his own farm to doing films, Dharmendra teaches us how to roll even at the age of 83. The unstoppable veteran star has now been brought on board for another film and it is a horror comedy titled Khalli Balli. Co-stars Rajpal Yadav and Rajniesh Duggal decided to share glimpses of it on their social media pages. 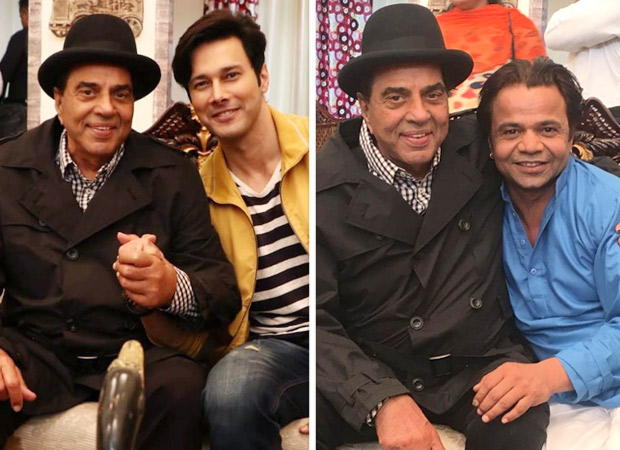 Announcing that Dharmendra has joined the shoot schedule, Rajpal Yadav and Rajniesh Duggal took to Instagram to share the behind the scenes photos from their film Khalli Balli. The two actors seem to be quite thrilled to be acting with Dharmendra and also posted about his kind and loving nature on social media.

What a pleasure working with the legend Dharmendra ji!!! ???? @aapkadharam #livinglegend #Dharmendra

A pure heart, a connected soul, a legend .. it was lovely working with you @aapkadharam sir.. some great memories ♥️???????? @rajpalofficial bhai .. #mumbai #rdx #fanboy ♥️

Besides this, Rajpal Yadav also shared a video from the sets of the film:

Also Read: “The love of my friends and fans has kept me going all these years,” says Dharmendra as he turns 83