Riding high on the success of his recent films, Rajkummar Rao has been touted as one of the rising stars of the industry. While audiences are falling head over heels in love with his performances, the actor is completely smitten by ladylove Patralekha. From vacations to public appearances, the two have never shied away from their relationship and their social media posts only further make us believe that they are meant to be with each other. Their adorable love story got a DDLJ twist when they were in London and needless to say we got to see Shah Rukh Khan and Kajol romancing on the streets of the Queen’s city! 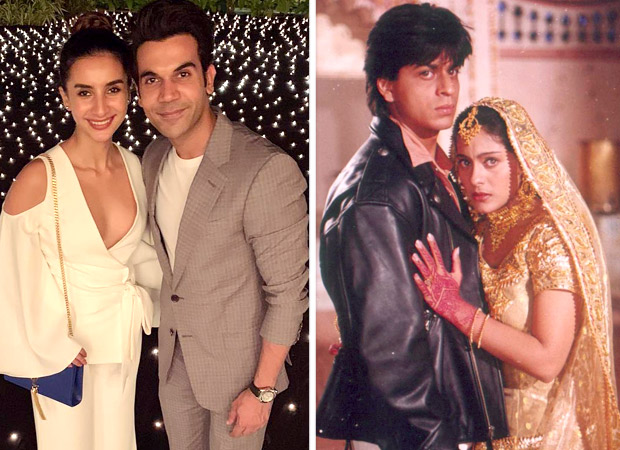 It seems that Rajkummar Rao and ladylove Patralekha are spending some fun time in London, shopping and exploring the England capital. Amidst all their Queen’s city shenanigans, the B-town couple seems to be in a mood for something fun and they decided to recreate an iconic scene from the evergreen romantic drama Dilwale Dulhania Le Jayenge. Not just that, Rao was also seen mouthing the famous dialogue of Raj aka Shah Rukh Khan, ‘Bade Bade Deshon Mein Aisi Choti Choti Baatein Hoti Rehti Hai Senorita!’

Things we do in London. #FunModeOn. When we recreate one of our fav scenes from one of our fav films. #DDLJ. @patralekhaa as #Simran, Raj as #Raj and Raj as #Bauji. Cinematography by @viveck_daaschaudhary.

Not surprisingly, many celebrities like Sanya Malhotra, Anaita Shroff [who too played a small role in DDLJ], Saqib Saleem etc. gave their thumbs up over this video!