After Bollywood actors and filmmakers met Prime Minister Narendra Modi last month, they returned with all smiles. Reason? They were thrilled with the PM’s vision towards the film industry. And the Budget 2019 presented by Finance Minister Piyush Goyal, has been made keeping in mind the film industry and many benefits are being added for the Indian filmmakers to smoothen the shooting process, curb piracy and also to ensure a wider reach. Appreciating the same, many industry insiders like Siddharth Roy Kapur, Mahaveer Jain amongst others have come out to speak about it. 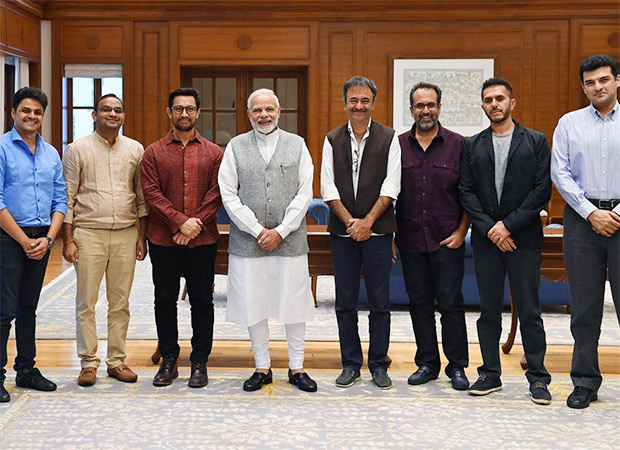 Film Producer Mahaveer Jain took to Twitter to add a photo of him with Aamir Khan and the honourable Prime Minister Narendra Modi saying, “Thank you dear Dear PM for strengthening film industry & creative people in this budget. Josh is very high here in Bollywood.”

Siddharth Roy Kapur, who is a producer and the President of Producers Guild Of India said, ““We are delighted that the immense contribution of Indian cinema towards employment generation in the country has been acknowledged and applauded in Parliament during the presentation of the Union Budget. The announcement of a single-window clearance mechanism for Indian film makers filming within India is a significant step and has the potential to play a huge role in boosting tourism in the country. The amendments in the Anti Camcording provisions will support the industry’s growth by curtailing illegal recordings of films in cinema halls and will go a long way towards reducing piracy.”

Appreciating the budget, Sandip Ssingh - Founder & Director Legend Global Studios who is interestingly also the producer of the film on Narender Modi, said, “I think it’s high time that we start doing things for ourselves also.  I am so happy that cinema now has been taken so seriously by the ministry. It will help a lot of people in terms of employment and gives a lot of motivation. Only because of this, I think more films will be made. I am so happy that Finance Minister Piyush Goyal mentioned Uri: The Surgical Strike in the budget. I think this happened for the first time in the history of budget that a film name has been taken by the Finance Minister. I met Piyush Goyal and I know that he loves watching cinema with his family. I think that Modi government has taken care of everything overall minutely. The Finance Minister spoke about piracy and I think the authority will take it very seriously. I think cinema footfall will increase. Overall, outflow will be benefited and the recovery will be very easy. Everyone will be benefited. I think the entire industry should be thankful to the Modi government.”

Sunir Kheterpal, CEO, AZURE Entertainment, voiced similar opinion saying, “Obtaining permissions from various authorities have been very time consuming. Single window clearance will not only save time but also eradicate the hidden costs involved in the procedure.” He added, “Hoping that Anti-camcording provisions terminate piracy as a whole and the offenders are punished. This can executed only with the support of exhibitors. This will also help the films to collect better revenues.”