Esha Deol recently delivered her second child, a baby girl and the ecstatic family decided to name her Miraya. While the name is quite unique, the doting mother explains the reason behind choosing this name for her little angel. We all know that in 2017, Esha and her husband Bharat Takhtani welcomed their first born, Radhya and now two years later, they are thrilled to have another adorable baby girl. While the announcement was made by the actress a day ago on social media, she recently described about why she chose to name her second born, Miraya. 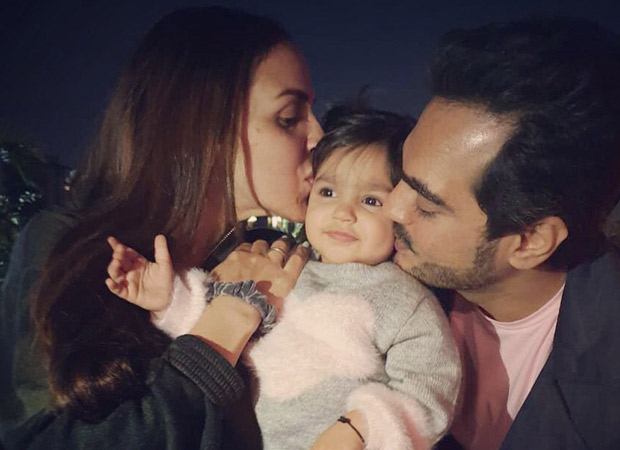 In recent reports, Esha Deol spoke about her second born wherein she stated that she chose this name because of its significance. Her first daughter Radhya is named after the way Lord Krishna worships Radha. Keeping the connect with the Lord, Esha described that Miraya is the name of one of the devotees of Lord Krishna. Furthermore, she also added that she loves the way Radhya and Miraya sound together.

Esha Deol also mentioned that her entire family and the Takhtani family are super thrilled with the arrival of Miraya.

On the Bollywood front, Esha Deol is yet to announce details of her next project and it is yet to be seen if the actress plans to return to the movies.