While we get to mostly see Sunny Deol and Bobby Deol often on social media and during events, the one member who rarely making an appearance is their mother Prakash Kaur. Now, in one of the rarest moments, Bobby shared a photo with his mother on social media. Followers of the actor found this gesture really sweet and appreciated him on the platform. 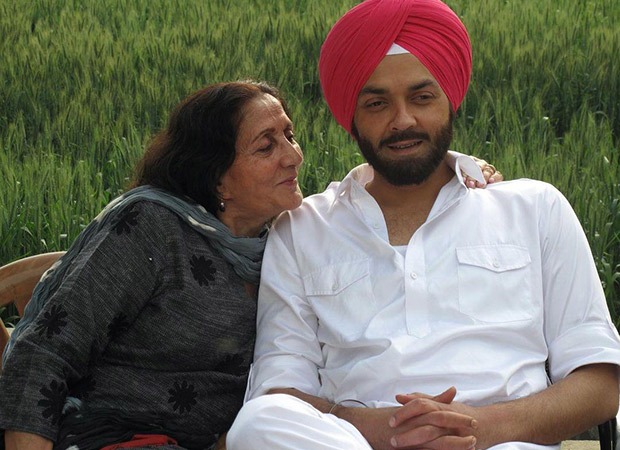 Bobby Deol shares a rare photo with mother Prakash Kaur and fans can’t get stop gushing about how adorable it is!

Bobby Deol posted a couple of photos of him dressed like a quintessential Sikh Punjabi in a white kurta and pink turban as they posed around what looks like a field. His mother was seen in a simple blue colour Punjabi suit. The simplicity of the photo touched many hearts and followers couldn’t stop from dropping comments on it. He posted this photo with the caption that read, “Love U Maa” along with heart emoticons.

“Pic off the year ???????????? @iambobbydeol” posted one of the fans. Another fan also tagged veteran actor Dharmendra in the photo and added, “Aaaa this is so cute. The love. Gorgeous mom and handsome son. @iambobbydeol @aapkadharam ❤️❤️” Many fans dropped heart emojis on the photos. “Such a sweet picture ???? ❤❤ @iambobbydeol thanks for sharing ❤️❤️❤️,” commented a fan.

Bobby Deol, who has done Bollywood films like Barsaat, Soldier, Gupt, among others, also tried his hands at OTT. The actor gained a great response for his lead character of Baba Nirala in web series Aashram. He plays the role of a corrupt godman, indulging in many criminal activities. The show entered its third season owing to its popularity and the latest season also features Esha Gupta in a pivotal role.

Also Read: 25 Years Of Gupt: Bobby Deol and Kajol create MADNESS at the premiere; Bobby dances to ‘Duniya Haseeno Ka Mela’ during the film; says “Rajiv Rai had his OWN cinematic universe!”