Kiran Karmarkar became a household name with one of Star Plus’ most renowned show Kahaani Ghar Ghar Kii as Om Agarwal. The show was about the an emotional journey of the wealthy Agarwal family. The show was known for its several plots and sub-plots with negative characters planning cruel moves constantly. Kiran played the leading man and the male head of Agarwal family with Sakshi Tanwar playing the role of his onscreen wife Parvati. Their characters remain to be one of the most iconic ones on Indian Television. In an exclusive interview with Bollywood Hungama, Kiran Karmarkar spoke about his reaction to the rerun. 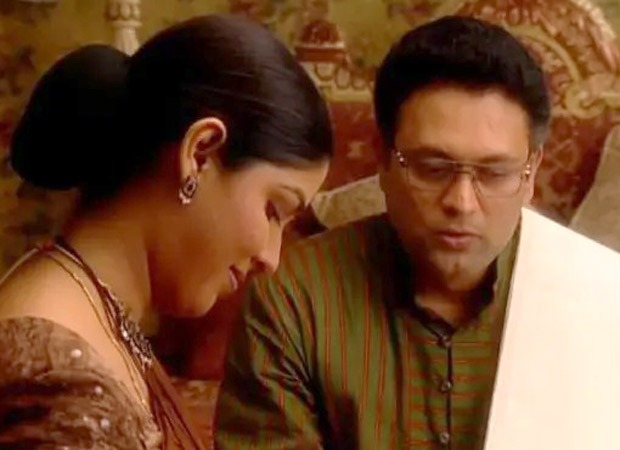 Speaking about his first reaction when he was informed about Kahaani Ghar Ghar Kii getting a rerun, he said, “I was quite surprised initially. I mean it was such a big show. But I think it will be fun. I actually loved the idea.” In fact, he has asserted that he would like to watch the show this time and is quite excited to see himself from 20 years ago.

“I would like to definitely see if I get the time. It started about 20 years ago, actually in the year 2000. So it will truly make for an interesting watch,” he shared. Adding that he is a self-critic, he hopes he isn’t too harsh on himself when he watches the rerun. “Although, I quite wonder how I will react to myself and my role that many years ago. I am excited but at the same time, I am sort of a self-critic. When I look back even like two years before, I keep criticizing my scenes, my look etc! So, I am constantly going to be like how am I looking, what am I doing in that scene, how did I do that scene like that!”

The good news for the Ekta Kapoor show’s fans is that the show will also premiere on Disney+ Hotstar where the younger generation will get to see it too. Kiran is equally thrilled to have his show on OTT as he is quite intrigued by how the younger audience will react to this 2000s show.

He said, “The OTT audience is going to be quite new. They would have heard about her show from the previous generations. So may be out of just sheer curiousity, they would possibly switch to the platform to watch our show. It would be interesting to watch their reaction. The contemporary world is quite fast paced but our shows at that time used to be quite slow. So, I am quite curious to see what their reactions would be like.”

Now that the show is having a rerun, we wondered if we get to see the star cast get together too. It will truly be a moment to remember for the ‘90s kids who have grown up watching these shows. However, according to Kiran, it seems tough, since all of them are very busy actors juggling between shows and everything in between.

He reacted to the concept of reunion adding, “I would love to be a part of a reunion if it happens someday but it’s been like what 10-13 years since the show ended. Currently everybody is busy in their own world, own work and responsibilities. So obviously, considering all that, a reunion may seem tough currently.”