Dhamaka actor Kartik Aaryan, who is currently awaiting the release of his upcoming film, is doing the promotions in full swing. The actor recently graced his presence on the sets of Bigg Boss where he met the star Salman Khan and exchanged tête-à-tête around films and work. 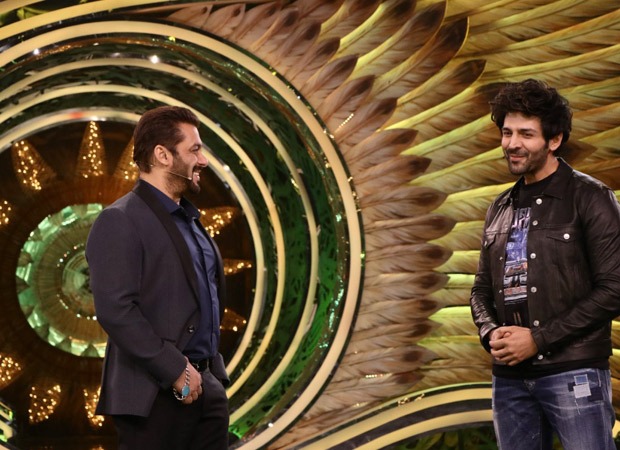 A source close to the sets revealed an exciting conversation that took place between the two actors. As per the source, "Salman Khan was speaking about what he would be doing if it wasn't for acting? To which he said he would be a director, if not an actor."

Apart from that Kartik Aaryan also shared a glimpse of his visit to Bigg Boss on his social media handle. Taking to his Instagram, he shared a picture hugging Salman Khan in which the latter's face was not visible. In the caption, he left everyone intrigued and wrote, "Guess Who ?"

Directed by Ram Madhvani, Dhamaka arrives on Netflix on November 19.