The tension between Bigg Boss 15 co-contestants Umar Riaz and Pratik Sehajpal is only increasing by the day as they got into yet another fight. During a recent task, Umar pushed Pratik and soon after the fight, host Salman Khan scolded Umar on Weekend Ka Vaar episode. 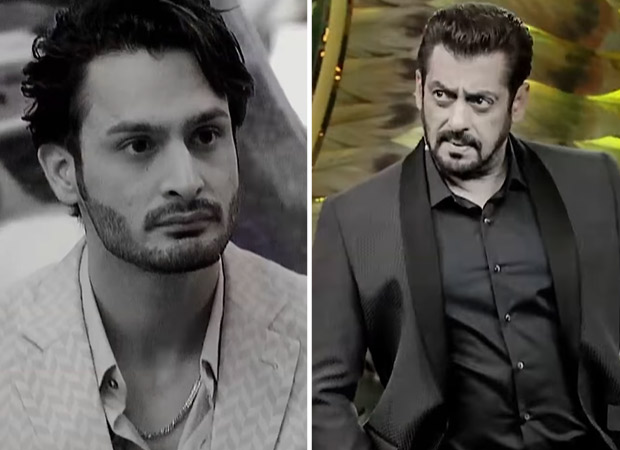 In a new promo shared by the makers, Umar and Pratik are seen getting angry at each other during a task. It all happened when Siddhant Chaturvedi and Sharvari Wagh visited the Bigg Boss 15 house for the Weekend Ka Vaar special episode. The Bollywood actors appeared as special guests on Bigg Boss 15 to promote their upcoming film, Bunty Aur Babli 2.

The video opens with Siddhant asking, “Kaun hai most irritating sadasya (Who is the most irritating contestant)?” Umar was quick to reply, “Pratik. Apna koi pehchaan hi nahi hai (He has no personality of his own).”

An angry Pratik responded with, “Teri identity pata hai yaha pe (Are you even aware of your own identity here)? You are just Karan Kundrra’s friend. Umar then threw mud at Pratik as everyone, which shocked Siddhant and Sharvari.

Next, Umar and Pratik came closer, threatening each other. As they came too close, Umar pushed Pratik away, shouting, “Chal peeche ho (Back off).” In the next shot, several people were trying to hold Umar back as Pratik charged towards him. “Baap pe gaya (You dragged my father into this),” Umar said.

Soon, Salman addressed Umar’s aggression during the fight. Salman said, “Umar aap akele aggression dikha sakte ho? Mera aggression dekhna chahoge? (Are you the only one who can get aggressive? Do you want to see my aggression)?”

In a separate promo, Salman was also seen bashing Pratik for teasing Rajiv Adatia. “How did you cross the line? I would have never used such words. You are a bully, what if I make a joke on you? You will start crying within seconds. I should have been there with you, you would have begged to be thrown out of the house”, said Salman.