Even since the release of Bharat's first song, the Salman Khan and Disha Patani starrer has been creating an uproar amongst the audience, highlighting the sizzling chemistry of the duo. The makers have unveiled the exclusive Behind the scene video showcasing the making of the song. 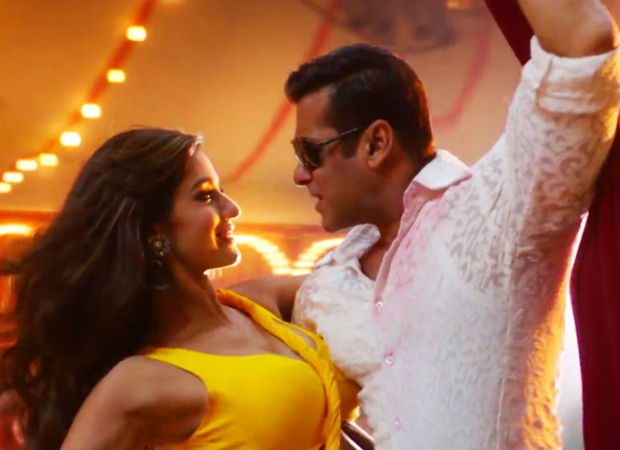 Talking about the BTS video director Ali Abbas Zafar said, "'Slow Motion' is actually a song which resonates his Jawaani as we see his youth in the film".

Composer Vishal Dadlani added, "This was meant to be the only kind of celebration. We made 'Slow Motion' thinking about Bhaang and that vibe".

Excited Shreya Ghoshal shares, "I am very excited because it's from one of the most anticipated films of the year".

Choreographer Vaibhavi Merchant says, "Ali's brief was yeh gaana hora hai when Salman is meant to be in his 20s. I was like Wow. Then there is bhaang, there is holi and then there is a circus and that's the other challenge.

Bharat which showcases Salman Khan's life through six decades and as one decade passes the actor is spotted with a different look. The film highlights the era of 60 and 70s where the song is the testimony to the period. Too much excitement, Ali Abbas Zafar adds, "In the periphery of 60s 70s, this international circus used to be a big deal when someone would call Rambo circus, the Russian circus. So it was a mad mix, dancers who have traveled from all over the world would come and we had people from Russia, Thailand and all over Europe".

The classy set up is the one which is a masterpiece conceptualized by ace professionals. Adding to this, Sunil Grover says, "There were dancers, there were horses dressed up in various fancy clothes and the whole set up was like a dream".

Starting the shoot, Disha Patani said, "The first day on the sets of Bharat and I am so so excited". She further added "Working with Salman Sir is its own kind of experience because he is a lovely person. He just made everyone comfortable, feel at home and it was a great experience".

BTS member V meets PSY and we are obsessed…