Director Ali Abbas Zafar is set for yet another collaboration with Salman Khan after two blockbuster films - Sultan and Tiger Zinda Hai. The film, Bharat, is set for Eid release and the first trailer was unveiled on Tuesday. As the audience got the glimpse of different eras, they are excited to see their favourite star Salman Khan in different avatars. 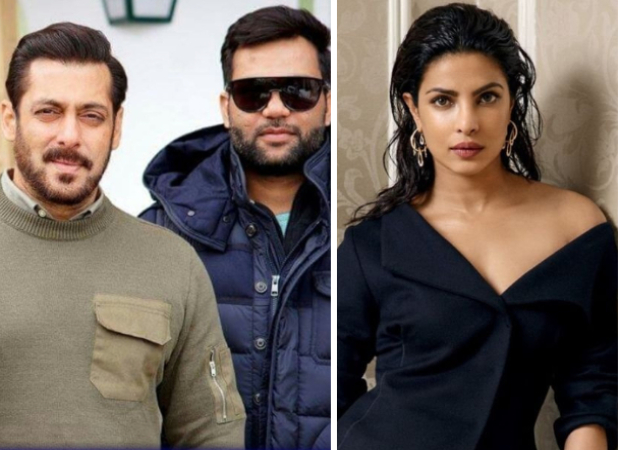 Speaking about working with the superstar, Ali Abbas Zafar said that if the superhero is selfless and when you have Salman Khan whom the audience love, then the half battle is won. He said that he loves the honesty and earnestness about the actor as his communication with the audience is direct. And when even he lives the character, the actor does not disappear 100 percent. His presence is there in each character.

Salman and Ali have worked in three films till now. Talking about how he has evolved as an actor, Ali said that he was evolved in his first film itself. He is the one who got learn from the actor a lot. He said that Salman is deep, beautiful and mature actor and when he feels the emotions, the scenes just flow. Talking about Sultan and when his character had to strip off his shirt and look in the mirror to witness his out of size body, the actor had avoided the scene until the last day. Then, he suddenly did the scene and it was one take shot. Ali said that Salman is a spontaneous actor. He added that a star needs to an actor first otherwise he will fizzle out. Salman Khan has been working for over 30 years and his stardom has only grown with time.

Talking about his friend Priyanka Chopra who was supposed to star in Bharat and exited last minute due to her engagement to Nick Jonas, Ali Abbas Zafar said that things are fine between them. She had shared her marriage news with him and he told her that life is most important. He said that they are still close friends and even talk once or twice every month.

Katrina Kaif stepped in Priyanka Chopra's role a month before the film went on floor. As she is a close friend Ali, he said that he was going to send her script. She loved it and instantly agreed to do it. He said that they have worked together in Mere Brother Ki Dulhan and Tiger Zinda Hai and she has grown as an actor. He even said that she has better command over her language. The filmmaker quipped that sometimes Salman would joke that Katrina stole the limelight in the scene and that he now has to work hard.

ALSO READ: Disha Patani and Salman Khan groove to the beats of Slow Motion from Bharat