Shah Rukh Khan has over the years become one of the biggest names in the industry. In fact, often referred to as ‘King Khan’ the actor lives up to the name both on screen and off too. Currently Shah Rukh Khan is busy with his next venture Pathaan that is sure to leave his fans impressed. On the other hand, the up-and-coming actor Kartik Aaryan has been enjoying his success streak at the box office. In fact, Kartik’s fans have aptly titled him Shehzada, which is co-incidentally the titled of his next venture as well. Well, Bollywood Hungama came across this behind-the-scenes video featuring the ‘Badshah’ and ‘Shehzada’ together. 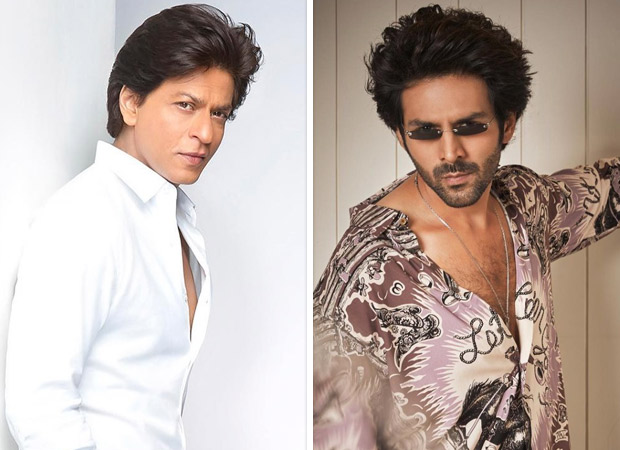 When the Badshah met Shehzada: This BTS video of Shah Rukh Khan and Kartik Aaryan is breaking the internet

The said video was captured backstage at a recent event and sees Shah Rukh Khan and Kartik Aaryan bonding. While it is pretty clear that the young lad is seeking inspiration from King Khan, the latter being the magnanimous personality that he is seen gladly obliging.

Looking at the camaraderie the two share, fans wonder what it will be like to see the two of them together in the same film. While that is yet to happen on the work front, Shah Rukh Khan currently has three films in the pipeline with Pathaan, Dunki and Jawan. On the other hand, fresh from the success of Bhool Bhulaiyaa 2, Kartik Aaryan has Freddy, Shehzada, and Satyanarayan Ki Katha in his kitty.