Ayushmann Khurrana has been the one to opt for scripts that are out of the box. Be it Vicky Donor, Badhaai Ho, Andhadhun, Shubh Mangal Savdhaan, or Dream Girl, Ayushmann does not shy away from unconventional roles. This is precisely why he is one of the most appreciated and lauded new-age actors in the industry. He is willing to go the extra mile to play roles that most of the leading actors wouldn’t. He recently wrapped up the shoot for his upcoming cop film with Anubhav Sinha titled Article 15. 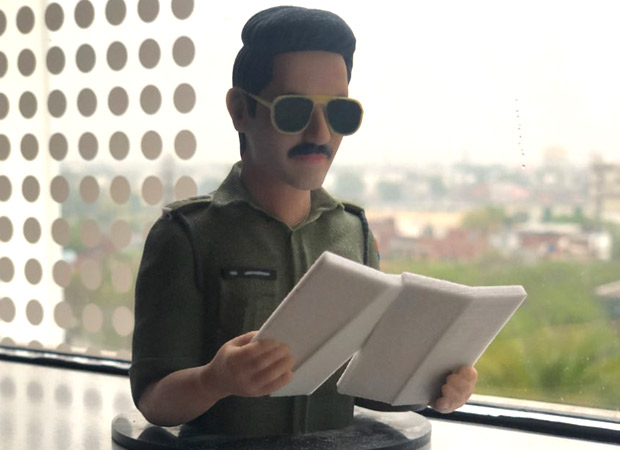 An extensive part of the movie was shot in Lucknow, and the actors redefined their dedication to art by shooting in a puddle full on leeches. Ayushmann took to his social media to thank his team from the bottom of his heart and was grateful to be a part of the film. Now that the actor has wrapped up the movie, he can’t stop praising director Anubhav Sinha for casting him in the film and also went on to call Article 15 the most relevant and important film of the Indian cinema. He also thanked his cast and crew for joining them on this life changing journey. He posted a picture of an amazing 3D model of his character from the film gifted to him by his co-actors, Ronjini Chakraborty and Ashish Verma.

Take a look at his tweets.

Wrapped up a film which will become the most relevant and important film of Indian cinema. Thank you @anubhavsinha sir for giving me this gem and also writing the most real cop role ever. #Article15 pic.twitter.com/W4h83LLuko

Thanks to the entire cast and crew, esp #RonjiniChakraborty and @Ashishsverma for this wonderful 3D mini model of mine. Love. It’s a wrap! #Article15 pic.twitter.com/wwn2JGgfgn

Apart from Article 15, Ayushmann has also completed his shoot for Dream Girl, starring opposite Nushrat Bharucha. The movie is based on a guy who plays the role of Sita in Ram Leela. Ayushmann has two big movies coming up this year and we’re hoping it is just as exciting as the last year where he had two massive blockbusters, Andhadhun and Badhaai Ho.