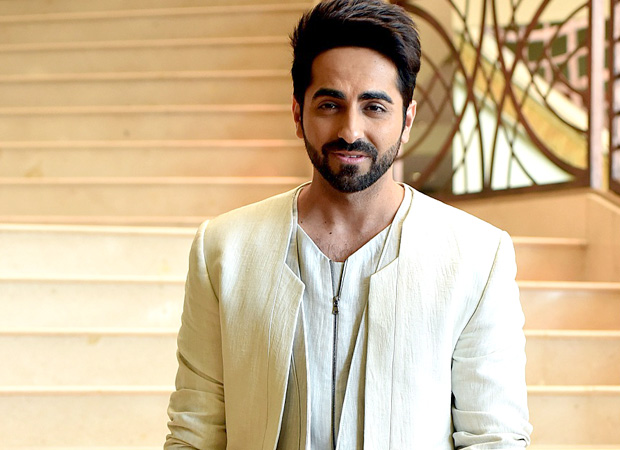 If Amol Palekar, the working-class hero of the 1970s who found an instant connectivity with audiences through his working-class comedies directed by Hrishikesh Mukherjee and Basu Chatterjee, addressed sexual problem he would be Ayushmann Khurrana.

Laughs Ayushmann, “That’s a good space to be in. I am proud to be the Everyman Hero. I don’t know how it happened. But it happened. I am the face of the common man, the guy who blurts out truths about bodily functions that we may otherwise not want to speak about in our living rooms. And then we discover that there’re so many others who haven’t spoken about those problems .So in a way I am not just face but also the voice of the common man.”

Did Ayushmann work towards that image? “Not that I know of. Not consciously for sure. It all started with my first film Vicky Donor. Everyone was slightly squeamish about sperm donation. But I took it on. Curiously my successful films since then have been small-town affairs. My city-slick films have not worked so far. Dum Lagake Haisha was set in Hardwar and Bareilly Ki Barfi in Bareilly. My next release Shubh Mangal Saavdhan (SMS) is also set in a small town. So hopefully my romance with the outback will continue to pay off,” laughs Ayushmann exhausted with all the back-to-back promotional activity for Bareilly Ki Barfi and now SMS.

Sighs the Everyman hero, “I had barely finished promoting Bareilly .. when Shubh Mangal Saavdhan’s promotions started. I got no time to celebrate, no time to sit back and look at the success of the film. I wanted to spend time with my family. You know, more than me they’ve so much to say about the success of a film…But all that will have to wait until the release of SMS. Maybe if I am lucky it will be time for a double celebration.”

In the meanwhile there is no pause for awkwardness over the ….ahem…adult theme of SMS. Says Ayusmann, “Erectile dysfunction and performance anxiety are routine problems men face. But no one talks about it. I was very clear about where we would go with this. And I was right. There’s not a cheap word or gesture in the film. That’s because Aanand Sir (Aanand Rai) is on board as producer. He makes films for the family. He would never do anything that he is uncomfortable watching with his little daughter.”

It was that surety of a sleaze-free cinema that made Ayushmann comfortable doing SMS. “See, I am not comfortable in the comfort zone. What works for me is a cinema that opens up doors and windows into the middleclass consciousness. It is the kind of cinema being done by Akshay Sir (Kumar) and Aamir Sir (Khan). I am glad to be doing my own humble bit in addressing taboo middleclass subjects that the entire family can watch without squirming.”

Ayushmann is not afraid to seem grey in his personality. “In fact the guy I play in Bareilly Ki Barfi has a distinctly mean streak in him. It is only towards the end that his conscience is prodded awake. In contrast the guy I play in SMS is the epitome of kindness. He is sweet and gentleman. And he has a performance-anxiety problem. So the poor guy gets a lot of sympathy with maybe some chuckles thrown in.”

Ayushmann’s co-star Bhumi Pednekar who was paired with him in the hit Dum Lagake Haisha has just had big success in Toilet Ek Prem Katha. And Ayushmann is rooting for them both. “She has a big success. I’ve my own success (Bareilly Ki Barfi). Hopefully our combination will work to make SMS a success.”

Bhumi, by the way, was a lot more heftier when Ayushmann worked with her earlier. “And I had to carry her in Dum Lagake Haisha. I don’t have to carry her in SMS. But I am asked to do so at promotional events .So she is keeping me on my toes.”