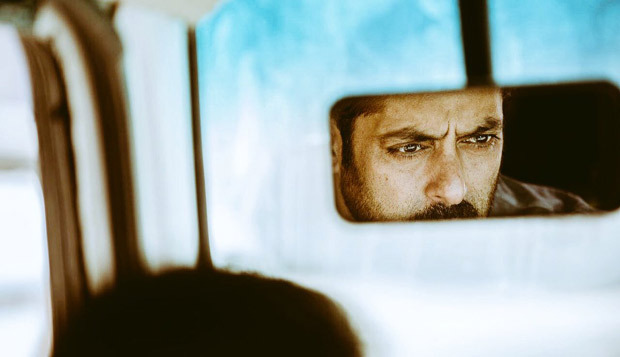 After Tubelight debacle, Salman Khan resumed the shooting for his next film Tiger Zinda Hai which stars Katrina Kaif opposite him. The film is currently in the last schedule and is being shot in Abu Dhabi.

On Tuesday, director Ali Abbas Zafar gave a sneak peek of Salman Khan in a new still from Tiger Zinda Hai. The director took to Twitter to share an intense picture of Salman seen through a car mirror and captioned it as, "For your eyes only @TigerZindaHai #AbuDhabi."

The last schedule only has few days left as they complete some intense high octane action sequences. Tiger Zinda Hai is a sequel to Kabir Khan directed film, Ek Tha Tiger which had released in 2012. Also starring Katrina Kaif the sequel is scheduled to release on December 22, 2017.