Last Updated 04.10.2022 | 1:37 PM IST
feedback language
follow us on
Bollywood Hungama » News » Bollywood Features News » Ayan Mukerji explains the mystical universe of Brahmastra: ‘No one has done what we are doing with ancient Indian inspiration in the modern world’

Ranbir Kapoor, Alia Bhatt, Amitabh Bachchan, and director Ayan Mukerji's magnum opus Brahmāstra Part One: Shiva arrives in cinemas in September 2022 after five years of wait. With the anticipation around the film rising, the director has unveiled a new video explaining the vision behind the film and what Astraverse means. 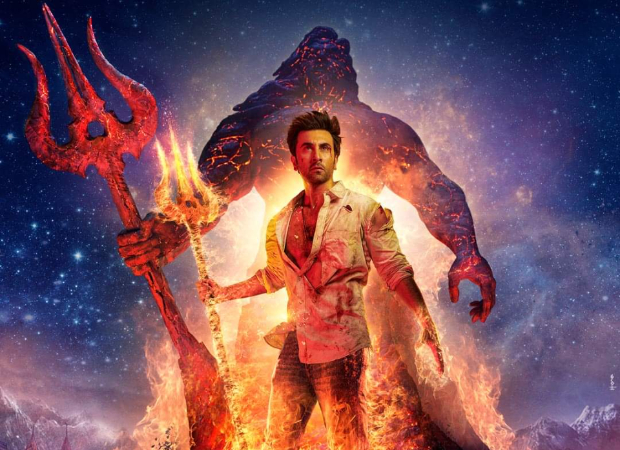 Ayan Mukerji explains the mystical universe of Brahmastra: ‘No one has done what we are doing with ancient Indian inspiration in the modern world’

In a new video, Ayan Mukerji explains, "Brahmāstra Part One: Shiva one is the first movie of this Astraverse, and it begins with an image from a mystical time in ancient India, where a group of sages are performing deep meditation in the Himalayas. And for their meditation, the sages are blessed with the light of the universe. The most powerful and most pure energy that is Brahma Shakti. From this Brahma Shakti, Astras are born, as those which have within them all the different energies that are found in nature, fire, wind, water, earth. The Jal Astra, Pawan Astra, and the Agni Astra - the astras which have within them the powers of different animals, like the Vanar Astra, which can give to the person who controls it, the power of a Super Monkey. The Nandi Astra, which has within it the power and strength of 1000 bulls."

He continues, "But there is one Astra, the last one to emerge from the light, carrying its collective essence, the Lord of all the others, which the sages name after one of the most powerful weapons of our gods, the Brahmastra. The sages vowed to protect these Astras and as the guardians of the Brahmastra, they named themselves the Brahmansh, a secret society which will exist amongst other men, and do good for the world with the power of these astras. Time moves forward, humanity progresses and the Brahmansh carries on as well, passing on the Astras generation to generation all the way into our world today, where the Brahmansh still exists in secret."

Ayan further narrates, "India, as it is today, is where the story of Brahmastra is set. I believe this puts us in a very unique position because no one has done what we are doing with ancient Indian inspiration in the modern world ever. And now on to the hero of Brahmastra, our protagonist, a young man who is yet to discover that in this world of Astras, he is a miracle because he is an Astra himself - Agni astra. In keeping with our spirit of tribute to our roots, he is named after the god who is the most dear to me personally, the most mystical, the all powerful and my greatest inspiration, Shiva."

The film is presented by S. S. Rajamouli in all 4 South languages - Tamil, Telugu, Kannada, and Malayalam. The film releases in September 2022 with the trailer arriving on June 15.

ALSO READ: Shamshera director Karan Malhotra opens up on working with Rishi Kapoor and Ranbir Kapoor; says, “They are so different yet so similar”