Varun Dhawan and Alia Bhatt are coming together for the fourth time and audiences can’t keep calm about it! Also, Kalank is quite a different genre compared to the other films that this popular onscreen couple is associated with. The actors are said to have undergone immense prep for the film and kicked off the Karan Johar production, earlier this year. Now the duo has taken off to Kargil to complete a major portion of the film. 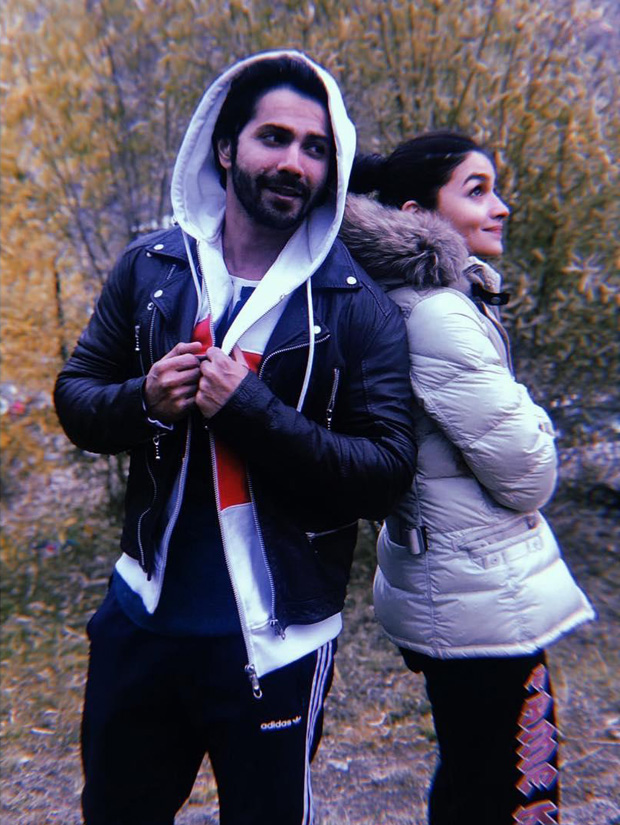 While we had reported about the team shooting an extensive portion in Kargil, here are the actors Varun Dhawan and Alia Bhatt giving glimpses from the sets of Kalank. The latest addition to their collection of pictures is this one wherein we see the unmissable chemistry between this lead couple. Considering the climate in the state which is extreme cold, we saw Varun and Alia dressed up in trendy jackets. This time around the picture was shared by Alia with a caption that read, “Kargil x Kalank.”

Well, let us tell you that this definitely was not the case, a day ago. Readers may be aware that Varun shared a picture flaunting his chiseled body for the shoot of Kalank, a day ago. The actor had apparently shot a bare chested scene in -3degrees temperature. Besides important scenes, the couple is also expected to shoot a song in the valley, details of which are currently kept under wraps.

Coming to Kalank, the film is a period drama set in a completely different era and hence Varun and Alia too will be sporting avatars that will be distinct compared to their fashionable contemporary looks. However, those looks are currently kept under wraps.

Kalank will bring together 90s famous couple, Madhuri Dixit and Sanjay Dutt after over two decades. Besides them, the film, directed by Abhishek Varman, also features Sonakshi Sinha, Aditya Roy Kapur along with Kiara Advani and Kunal Kemmu in pivotal roles. The film also includes a special dance number by Kriti Sanon.