Actor Varun Dhawan along with co-actors Alia Bhatt and Kunal Khemu are currently shooting in Kargil for Abhishek Varman's Kalank. Varun, however, had a spine - chilling experience on set while shooting. The actor shot a scene bare-chested at minus-three-degree temperature. 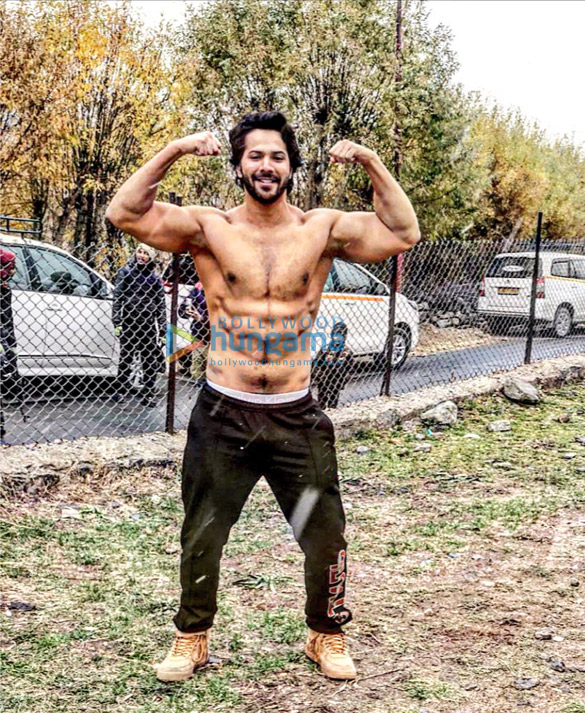 According to a source, "Varun shot for a scene with Alia that required him to be bare-chested despite the minus-three-degree temperature. As a precautionary measure, a doctor was on standby but thankfully Varun completed the shot without any glitches.”

While in Kargil, the team also visited the army jawans at the border and interacted with them. The team will wrap up the Kargil schedule after shooting some pivotal scenes and song featuring Varun and Alia.