When it comes to diverse and interesting stories on the silver screen, the first name to pop up in anyone's mind is that of actor Ayushmann Khurrana. The multi-talented actor has not just taken up an entertaining role but has also been the face of stories, which strike a deep chord in the socially relevant space. 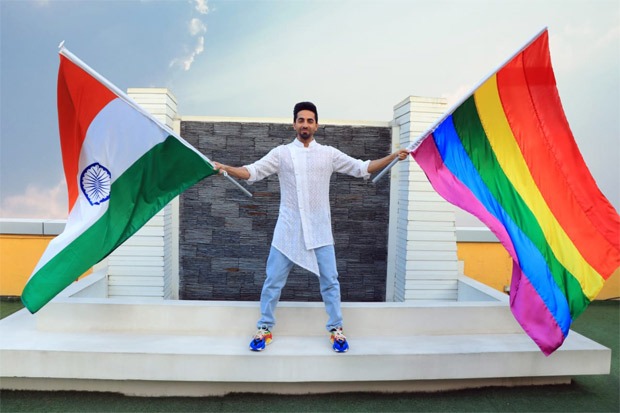 From doing a film like Article 15 which spoke about the atrocities committed in the name of caste to his much-awaited film Shubh Mangal Zyada Saavdhan which talks of acceptance of homosexuality, the actor has clearly brought in a new decade with a strong wave of change in mainstream cinema.

As we celebrate our Republic Day, it is safe to say that he has been the agent of change in mainstream Hindi cinema. His upcoming film Shubh Mangal Zyaada Saavdhan too is touching upon a very important subject in the society where acceptance of homosexuality in families is of major importance.

"I would always aspire to do subjects which are socially relevant which would create a stir or usher some kind of discussion," says Ayushmann, who goes on to add, "I am a socially aware citizen. I have done street theatre where we have touched upon many socially relevant issues and the kind of cinema I am doing is an extension of my theatre days."

The prolific actor also did a photoshoot with the Indian flag on one side and LGBTQ+ Pride and Equality on the other side. As we celebrate the 71st Republic Day, the actor sends out a strong message with the picture, which reflects on the country and the Pride community's belief in equality.

"It shows India in a progressive stance when it comes to homosexuality and LGBTQ community and we are proud to be Indians. It passed the law against section 377 and we can't be more proud," says the actor.

Directed and written by Hitesh Kewalya, the film is jointly produced by Aanand L Rai’s Colour Yellow Productions and Bhushan Kumar’s T-Series. The film is slated to hit the screens on February 21, 2020.