Shah Rukh Khan is having major FOMO (Fear Of Missing Out) because of his friend Abhishek Bachchan who began shooting for Bob Biswas in Kolkata. 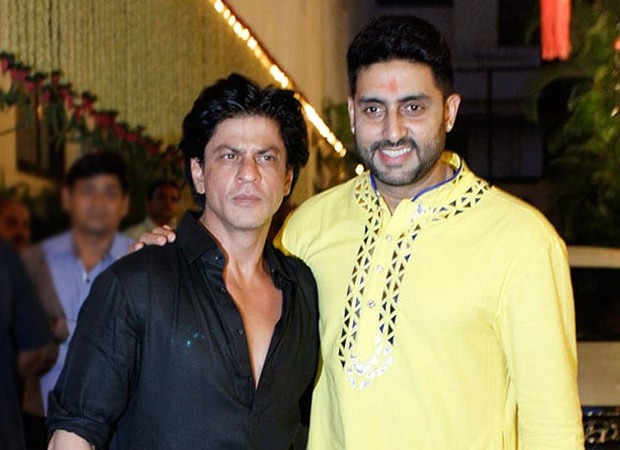 On Friday, Abhishek Bachchan announced that the film had gone on floors. He shared a picture of a pair of glasses and a Motorola mobile phone that were used by Bob in Kahaani which released in 2012.

Quoting his post, Shah Rukh wrote, "Missing being with you all. You in my city...will come and meet you soon. How do the kids say it...Major FOMO happening? Right?! Have a great shoot and enjoy the process."

Missing being with u all. You in my city...will come and meet you soon. How do the kids say it...Major FOMO happening? Right?! Have a great shoot & enjoy the process. https://t.co/H4PplKtWWm

The movie, based on a fictional character from Kahaani (2012) - Bob Biswas, a poker-faced contract killer who instantly captured the imagination of people and is to date associated with his trademark line "Nomoshkar, Ek minute”. Abhishek Bachchan who takes on the mantle of essaying Bob Biswas in this spin-off film will be seen in a never seen before avatar, a role for which he had to undergo an extensive physical transformation.

Bob Biswas is being produced by Shah Rukh's Red Chillies Entertainment along with Sujoy Ghosh's Bound Script Production. It is expected to release later this year. The film will be directed by debutant Diya Annapurna Ghosh. Her previous short film was chosen for the prestigious Cannes Film Festival in 2018.