Fans of Virushka are going gaga over the photos of the couple as Anushka Sharma has accompanied her cricketer husband Virat Kohli for the ongoing ICC Cricket World Cup. The photos of the couple have grabbed immense attention on social media and recently, Anushka posted about her taking off to Brussels for a short trip before joining her doting hubby for the game once again. The actress shared an Instagram story from her flight journey! 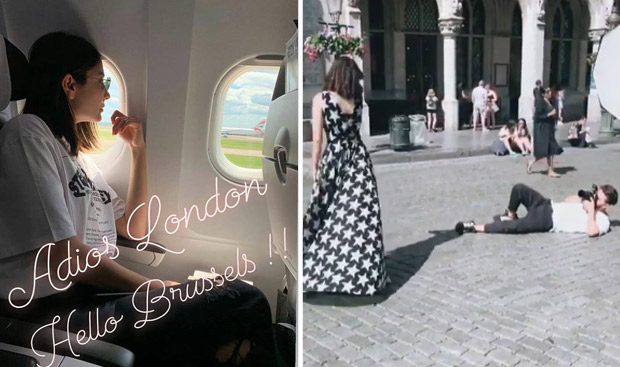 Of late, she has been posting a few more Instagram posts about her being shoot ready and even shared an Instagram post from the streets of Brussels. It seems that one of the reasons behind this trip is also being considered because of the mandate that partners are allowed to spend only 15 days with their respective others during the World Cup. Anushka will indeed join her husband once again for the World Cup, albeit only after a few days.

On the other hand, some photos where Anushka and Virat were seen on the streets of London where he had spent time with her, recently have taken the internet by storm! Here’s a look at one of those photos which has made Virushka fans go gaga over their favourite couple’s chemistry!

Virat Kohli and Anushka Sharma, who tied the knot in December 2017, have always been quite active on social media and often post about their trips and holidays. On the work front, Anushka Sharma is yet to make her announcement after her last film Zero which featured her alongside Shah Rukh Khan and Katrina Kaif.

Also Read: Virat Kohli travels to London on off day to make time for Anushka Sharma