The relationship between Varun Dhawan and Natasha Dalal has become public and recently, David Dhawan also indicated that his son is considering marriage. Although there were speculations that the two of them will tie the knot this year, Varun later clarified that he is swamped with work commitments throughout the year and is not planning to tie the knot anytime soon. After the Kalank debacle, the actor who is shuttling between Street Dancer 3D and Coolie No. 1 Remake, decided to make some time out for his long-time girlfriend Natasha recently as the two of them sneaked out for lunch over the weekend. 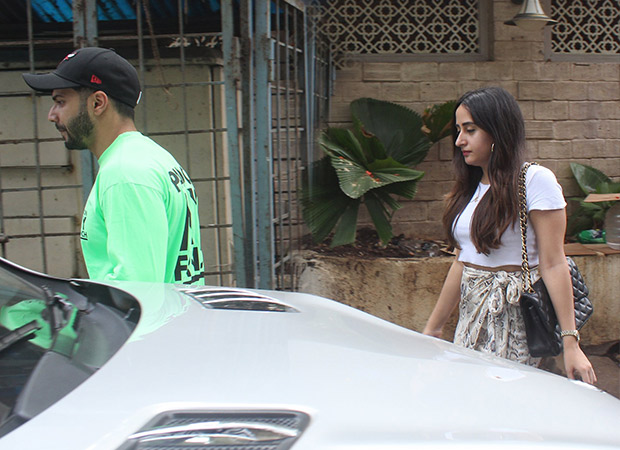 Considering that Varun Dhawan has been busy with shooting, sometimes in the city and sometimes even abroad, it seems that the actor wanted to spend some quality time with his girlfriend and family. So when the paparazzi spotted them outside a restaurant in the city, he was seen quickly dashing towards the car with Natasha Dalal right behind him.

Speaking about films, Varun Dhawan will next be seen in Street Dancer 3D where he will be reuniting with his ABCD 2 team which includes Remo D’Souza, Shraddha Kapoor and Prabhu Deva. The film is expected to release next year, on January 24.  On the other hand, the actor has also started work on Coolie No. 1 remake where he will reprise the role of Govinda and Sara Ali Khan will be seen as Karisma Kapoor from the original.