We all know that Akshay Kumar is extremely strict when it comes to his lifestyle. The actor promotes a healthy way of living and it seems that he is also inspiring others to follow a similar path. We don’t know by others but his own kids seem to be more than happy to follow the footsteps of their superstar-father and here’s the proof that Nitara is definitely inspired by Akshay. 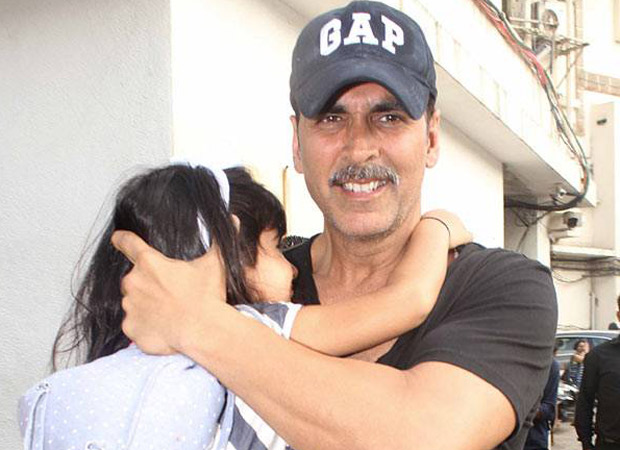 Akshay Kumar’s youngest born Nitara has won many hearts with her innocence. While both her doting parents always share pictures with her, recently, her father Akshay Kumar was more than happy to share a video. The proud father showed how the young girl has already taken to exercising in the latest post that he shared on Instagram. We must say that despite her young age, the girl seem to have found a liking towards it and is more than happy to be there.

Besides sharing the video, Akshay Kumar also had a piece of advice, rather words of wisdom for all parents. The actor seem to be encouraging all his followers to exercise and also want the kids to take to it as a habit because according to him, the young and flexible body of children will make it easier for them to learn which will prove helpful for them in the future. Here’s a sneak peek into the video:

On the work front, Akshay Kumar will next be seen in Good News alongside Kareena Kapoor Khan. He will also star in Sooryavanshi, the third cop drama to be directed by Rohit Shetty after the Singham franchise and Simmba. He also has films like Mission Mangal and Prithviraj Chauhan film in the pipeline.