The tension between India and Pakistan is heating up day by day. Indian CRPF soldiers were killed in a deadly terror attack in Pulwama, Kashmir on February 14. India counterattacked on February 26 and LoC in Balakot, Chakothi and Muzaffarabad sectors were completely been destroyed along with JeM control rooms. On Wednesday morning, Pakistan Air Force tried to intrude Indian airspace and while Indian Air Force chased them out taking down one of the PAF jets, PAF managed to strike one of the Indian fighter jets and now have the pilot Commander Abhinandan Varthaman in their custody. 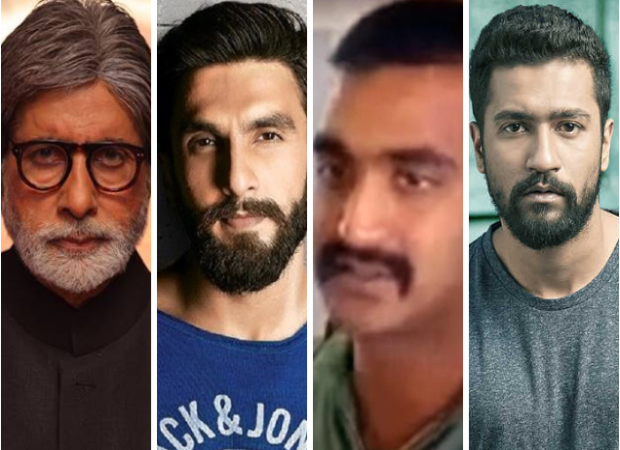 In some of the videos that were released online, the brave soldier was lynched by a mob of people before the Pakistan Army took him under their custody and gave him medical help. A video of him was released where he was seen having a cup of tea.

When asked what part of India he comes from, Wing Commander responded by saying, "Am I supposed to tell you this? I am sorry major... I am from down south.” He added, “the tea is fantastic” when asked if he liked the beverage. When asked about his aircraft and mission, he politely declined and said, “I am sure you have found the wreckage. I am sorry I am not supposed to tell you this.”

Bollywood celebrities like Amitabh Bachchan, Ranveer Singh, Vicky Kaushal, Arjun Kapoor, Farhan Akhtar among others have lauded the bravery of Wing Commander Abhinandan Varthaman as the soldier remains calm and composed during such a tragic time.

As an Indian & as a concerned citizen I hope better sense prevails & sanity prevails human lives remain at stake... https://t.co/HwuIkCUt1y

Braveheart Wing Commander Abhinandan. India is with you. ????????

Such calm and resilience in the face of adversity . Prayers for our brave pilot #AbhinandanVarthaman . Hope for his safe return. #AbhinandanMyHero

Please do not share the video of our brave IAF pilot Wing Commander Abhinandan in captivity. Let's pray for his safety. Our defence forces are trained for all eventualities but let us not with our frivolous behaviour make it difficult for their families????????????????

Thoughts with #WingCommanderAbhinandan and his family. Hoping for his early and safe return. #IndianAirForce

I bow down to the bravery and dignity of #WingCommanderAbhinandan . Praying for your safe return. ????????????

Respect the utmost dignity and courage of #WingCommandorAbhinandan. prayers for him and his family for his safe return home.
Salute the #IndianAirfoce ????????