Karan Johar celebrated his 50th birthday on May 25, Wednesday. The filmmaker hosted a star-studded birthday bash at Yash Raj Studio in Andheri on the night of Wednesday. From Salman Khan, Hrithik Roshan, Twinkle Khanna, Katrina Kaif, and Ranbir Kapoor, to the younger lot of actresses like Ananya Panday, Shanaya Kapoor, and Manushi Chhillar were present at the bash. 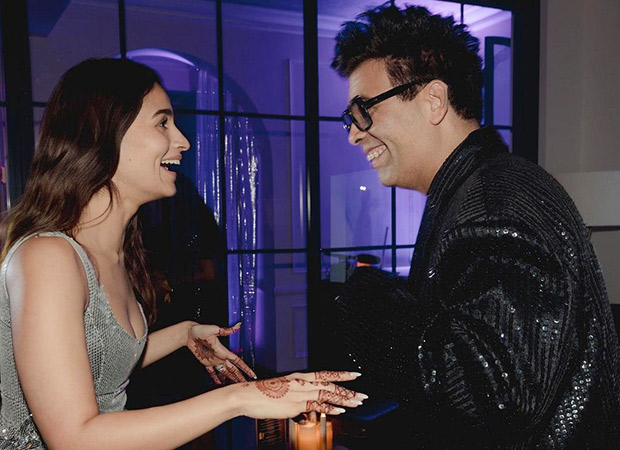 Ranbir Kapoor arrived at the party with his mother Neetu Kapoor. Alia Bhatt missed the celebration as she is currently shooting for her Hollywood film in the UK. However, Alia had posted a heartwarming birthday wish for Karan whom she looks up to like a father figure.

Wishing Karan on his birthday, Alia shared pictures of her and Karan clicked on her wedding day. In one photo, Karan is seen planting a kiss on Alia’s cheek while in another photo, the actor and filmmaker are seen sharing a light moment. She also shared a picture from the sets of their upcoming film Rocky Aur Rani Ki Prem Kahani.

Sharing the photos, Alia wrote, “To the most generous soul I know! .. to the man who is my father .. my best friend .. and my mentor!(displayed in these pictures respectively) HAPPY 50TH BIRTHDAY K! ✨✨✨✨I pray and wish for only love peace and joy in your life, you deserve it all and much much more for all the light and goodness you bring into people’s lives!!!I love you more than this Instagram post can ever handle ????????????????.”

Alia Bhatt made her acting debut in 2012 with the film Student Of The Year which was directed by Karan Johar. Alia is also the leading lady of Karan’s upcoming directorial Rocky Aur Rani Ki Prem Kahani opposite Ranveer Singh.