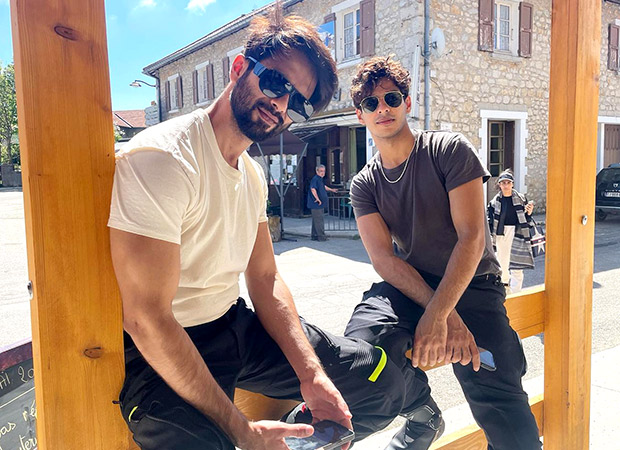 Shahid Kapoor and Ishaan Khatter’s videos of their trip will take you on a mini Europe vacay!

Shahid Kapoor and Ishaan Khatter had a fun filled trip and their latest video on Instagram is a proof of it. The recap video shared by the Jersey actor, we can get a glimpse of the travel shenanigans of the brothers as well as their memorable time with their friends. On the other hand, Ishaan Khatter shared a video of him trying to climb a brick wall, comparing himself to Spiderman. This funny video was by posted on Instagram along with the caption, “I would like to thank my motivator @kunalkemmu bhai and coach @rajamenon sir ????????”

Here are a few more videos from their shenanigans. Shahid Kapoor had posted another video earlier this week where the boys were trying balance themselves between two walls. While Shahid and Ishaan successfully achieved in doing so, Kunal Kemmu was still attempting it. During their session, they apparently attracted attention from their surroundings and someone from the neighbourhood opened their window to see what the noise was all about. Here have a look at the photos and videos from that time:

As of now, it seems that Shahid Kapoor is back from his trip. While he will soon take off to Dubai for IIFA, he was seen attending the much talked about Karan Johar birthday bash that was held last night along with wife Mira Kapoor.

Also Read: Ishaan Khatter shares a fun video of him and Kunal Kemmu taking a dip in ice cold water