Alia Bhatt is easily the busiest actress today and it is just fascinating how she has grown from strength to strength from her first film Student Of The Year to now, Kalank. She has not only crushed all misconceptions about herself and has emerged as the most viable actress there is today. Recently, she was spotted arms in arms with her boyfriend Ranbir Kapoor at the Zee Cine Awards 2019 and they made hearts stop with their cute and totally amazing PDA! While the lovebirds were on the stage, Alia’s all-time favourite costar Varun Dhawan too was there along with Ranveer Singh. They happened to indulge in some banter. Varun, referring to all the new films she has signed including SS Rajamouli’s RRR and Sanjay Leela Bhansali’s Inshallah with Salman Khan said “Inshallah, mashallah, now that you are collaborating with big directors and actors, you won't work with me!” 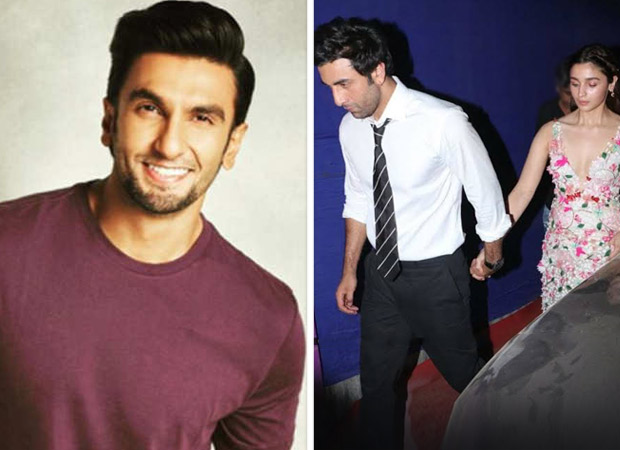 Ranveer and Ranbir who were present there laughed at this joke but Varun threw one right back at them and said, "After a couple of years, she won't be working with either of you, too!” That is like the hugest compliment for Alia who seems to have outperformed everyone with her touch of Midas at the box office.

She is in a very happy space with her career and love life. There are rumours that both Ranbir and Alia are planning to take their relationship to the next level. It is rumoured that they will get married soon and their parents have approved of their relationship! Stay tuned to get all latest updates on Alia Bhatt.