Bollywood Actors Alia Bhatt, Kiara Advani, Ranveer Singh, Kriti Sanon and professional dancer Nora Fatehi grooved to their songs at a wedding in Delhi. Several videos and pictures emerged online on Tuesday giving a glimpse of the stars performing on an imperial stage. 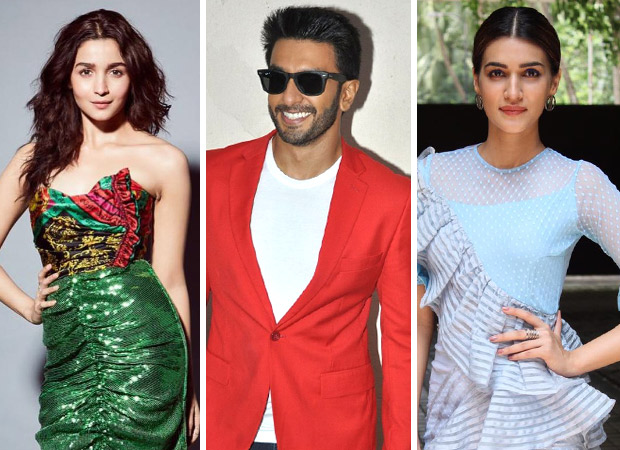 In the clips, Alia Bhatt wore a purple outfit as she danced to ‘Kar Gayi Chull’ from Kapoor and Sons, ‘Tamma Tamma’ from Badrinath Ki Dulhania and Diljit Dosanjh's ‘Lover’. Ranveer Singh was seen dancing to several of his songs in different outfits. The Bajirao Mastani actor vigorously beat an enormous drum and danced to ‘Malhari’ in one video.

Ranveer also performed the ‘Apna Time Aayega’ rap from Gully Boy at the wedding. While rapping, he chose to wear a blue jacket with white stripes, identical to the one he wore in the film, along with shimmery black pants and a T-shirt. He also danced to ‘Aankh Marey’ from Simmba, replacing his blue jacket with a yellow and blue one.

Ranveer, Alia and Karan are currently in Delhi as they are shooting for Dharma Productions’ Rocky Aur Rani Ki Prem Kahani. Besides Alia Bhatt and Ranveer Singh, the film stars Dharmendra, Shabana Azmi and Jaya Bachchan. Several clips and photos of the cast and crew on the sets have surfaced on the internet.

Also Read: Varun Dhawan and Nora Fatehi dance off on ‘Garmi’ as they reunite at a wedding in Delhi; watch videos