It's finally happening! Sunny Deol and Ameesha Patel have kicked off the shoot for the sequel of Gadar. Helmed by Anil Sharma, the actors are back on screen together after 20 years in Gadar 2. 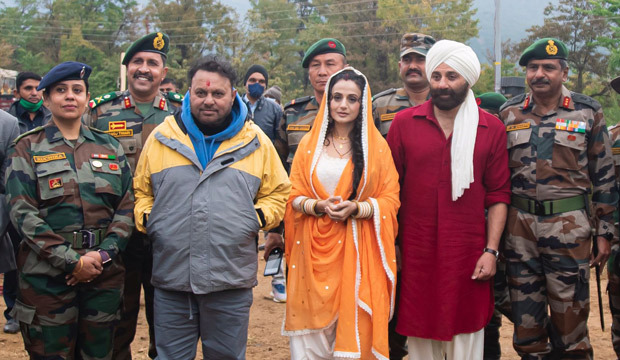 Anil Sharma shared photos from the mahurat shoot and wrote, "General was kind enough to grace the occasion of the muhurat of our forthcoming film #Gadar2. We are indeed very grateful, Sir."

The movie will also star Utkarsh Sharma in the lead role alongside Deol. In Gadar, Tara Singh had gone all the way to Pakistan to bring back the love of his life and dear wife Sakeena.

Gadar 2 will be produced by Zee Studios and Anil Sharma Productions, directed by Anil Sharma, and written by Shaktimaan. The film casts Sunny Deol, Ameesha Patel, and Utkarsh Sharma. Music Composed by Mithoon.