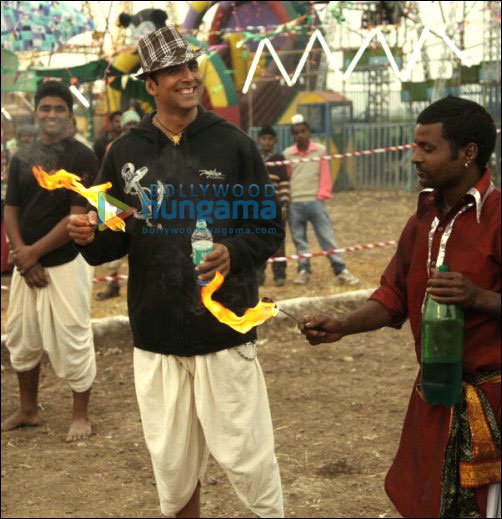 Director Shirish Kunder posted the picture and tweeted, "Akshay Kumar naughtily preparing to do the fire stunt himself with our knowledge."

He further added, "Akshay Kumar surprises everyone by doing the daring fire stunt himself." Also seen in the picture is the leading lady of the movie, Sonakshi Sinha in a green ghagra choli.

Joker also stars Shreyas Talpade and Minissha Lamba. The film is a joint production of UTV, Akshay Kumar, Farah Khan and Shirish Kunder and will release on August 30, 2012 in 2D and 3D formats.