Aishwarya Rai Bachchan has recently joined social media and is slowly and steadily learning the ropes of the same. While she was not very big on social media before, she has now started posting a lot of updates on her Insta page for the benefit of her fans. She does not leave a single opportunity to connect with her fans now. She took to Instagram to share a few pictures with the former Prime Minister of the country who passed away last week as a mark of respect to the legendary politician. She wrote, “Respect. Rest in peace.” The series of pictures seem from an official function back in the year 2000 and they also feature late actress Sridevi. Check out the pictures below and let a strong bout of nostalgia hit you. 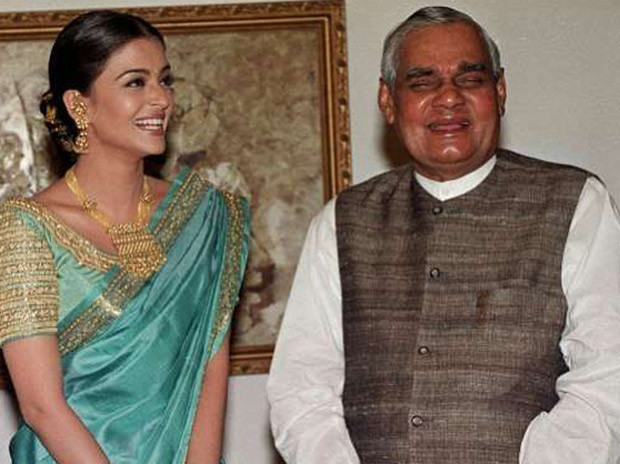 Professionally, her last release Fanney Khan got a lukewarm response at the box office. Post this she will be next seen in Anurag Kashyap’s Gulab Jamun starring her husband Abhishek Bachchan. She recently confirmed the project and said that the content is the king in Gulab Jamun. Never before had they been offered something so interesting as a couple. We are extremely interested to know more about the project but looks like we have to wait for a while before a formal announcement is made about the same.

A post shared by AishwaryaRaiBachchan (@aishwaryaraibachchan_arb) on Aug 19, 2018 at 2:28am PDT

Till then look at the pictures of Ash and Late Mr. Vajpayee.

Also Read : WOAH! Aishwarya Rai Bachchan just REVEALED that AAMIR KHAN and SALMAN KHAN were to be cast in Josh