Last Updated 05.12.2022 | 10:58 AM IST
feedback language
follow us on
Bollywood Hungama » News » Bollywood Features News » Ahead of Gadar 2, Ameesha Patel gets into the shoes of Sakeen as she signs a tee for a fan; watch

Ever since her debut in Bollywood, actress Ameesha Patel grabbed the attention of the audience. In fact, the actress also bagged the Filmfare Award for Best Female Debut for her performance in 2001. The actress again made headlines for her film Gadar: Ek Prem Katha, which was also the biggest hit of the year. Now, when the sequel of the film is on the cards, the audience and fans can’t wait for it. 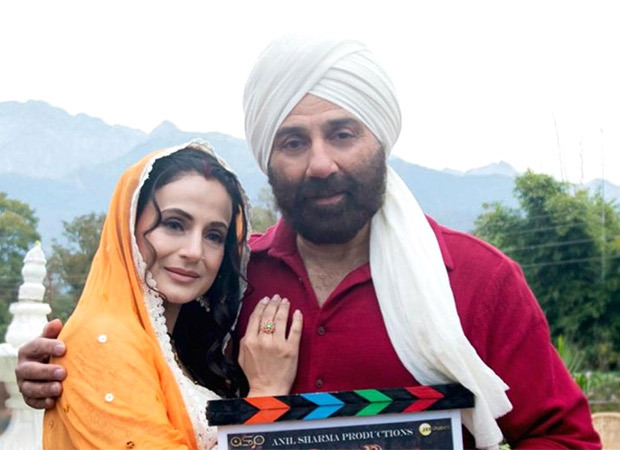 Ahead of Gadar 2, Ameesha Patel gets into the shoes of Sakeen as she signs a tee for a fan; watch

Meanwhile, it seems like Patel has slid into her Gadar character, of Sakeena. Interestingly, Voompla shared a video of the actress, in which she can be seen signing a tee for a fan. The actress re-shared the video post on her verified social media handle. Her style and attire in the video will surely remind us of her on-screen character Sakeena.

For the unversed, the motion poster of the sequel of the romantic period was dropped last year on October 15. While the other details about Gadar 2 are heavily under wraps,  the upcoming movie will feature superstar Sunny Deol and Ameesha Patel back on screen following 20 years. Helmed by Anil Sharma, it will also star Utkarsh Sharma in the lead role alongside Deol.

The prequel was one of the highest-grossing Bollywood films of 2001. The theme of the Hindu-Muslim partition created quite a stir and won awards for music, acting, and direction categories. In Gadar, Tara Singh had gone all the way to Pakistan to bring back the love of his life Sakeena.