One of the biggest hits of 2012, OMG: Oh My God! Turned 10 on Wednesday. Celebrating the 10th anniversary of the comedy-drama, its producer Ashvini Yardi revealed her fondest memories of the film, from having Salman Khan record a voiceover for the teaser of the film to having included a special edition to the hospital sequence with an unseen BTS picture. 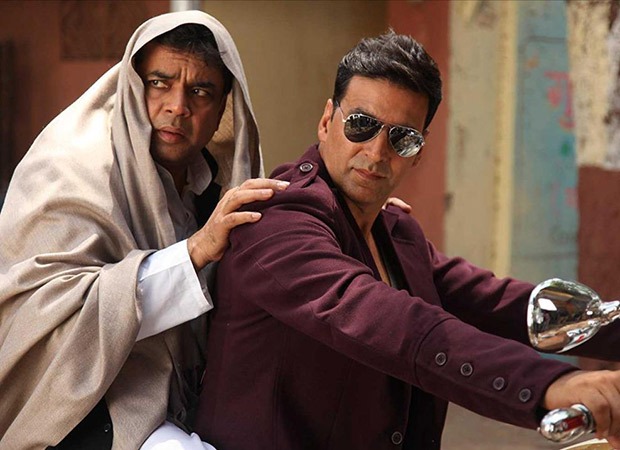 ‘Salman Khan supported everything I did and continues till date’, says Ashvini Yardi as OMG: Oh My God! turns 10

Involved in the film's production process right from inception, Ashvini Yardi thoroughly researched the story, keeping in mind the sensitivity of the subject, especially to inculcate religious beliefs. Catering to one such suggestion, Ashvini went out of the way to design the perfect costume for Akshay Kumar, as he reprised the role of Lord Krishna in the film.

Sharing an unseen picture with Akshay Kumar, Ashvini Yardi said, "When I did research for the script, most people said that they won't believe it's Lord Krishna till he isn't shown in his traditional attire. I requested Moti Sagarji to help me make a white version of the traditional Pitambari the lord wore. Umesh Shukla then added a scene just to accommodate this look, the one in the hospital #omgohmygodmemories." 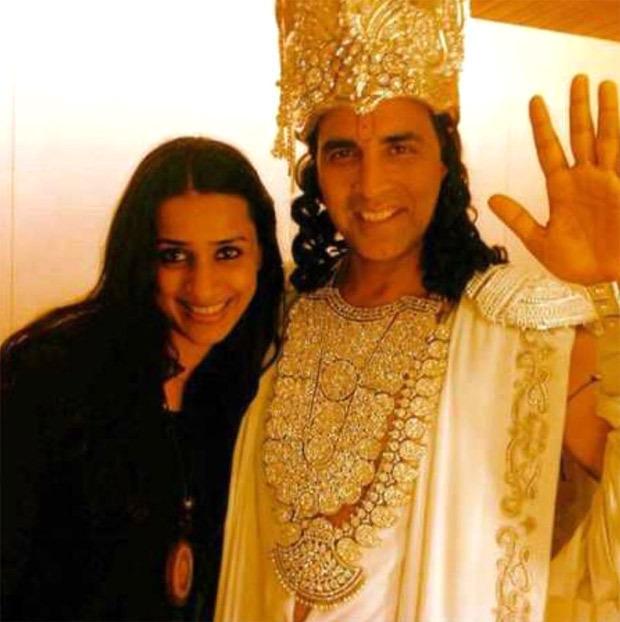 The filmmaker went on to share another special memory involving Superstar Salman Khan, who is also her close friend. Responsible for introducing Salman Khan as the host of Bigg Boss, Ashvini Yardi has been the curator for the launch of Colors.

Recalling the dubbing of the teaser, Ashvini said, "This was the teaser of the movie where @beingsalmankhan came at midnight at a studio near his home and recorded it for me... he didn't support the idea of me quitting Colors to make movies but once I did, supported everything I did and continues till date ❤️????????." 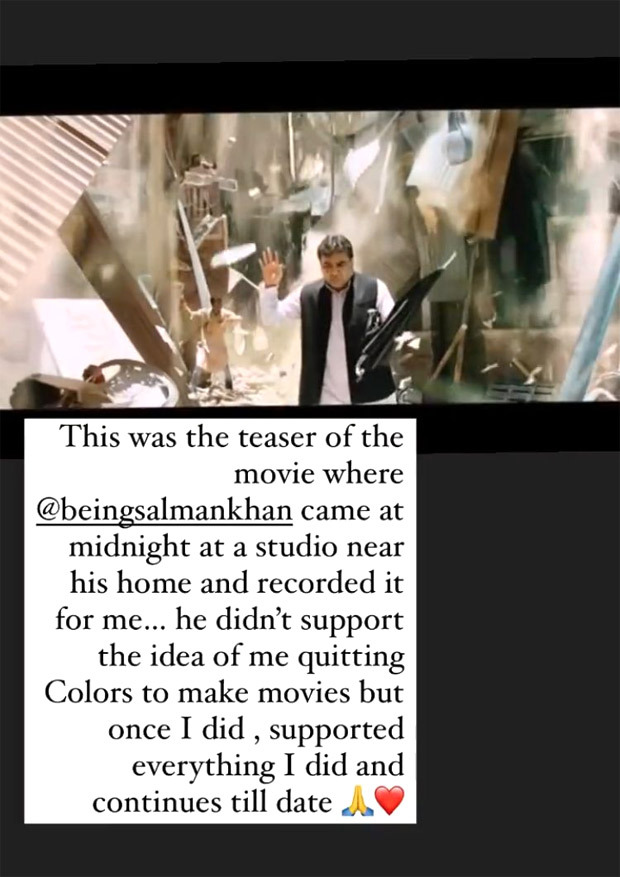 Also sharing a scene from the film, Ashvini mentioned her admiration for the veteran actor Paresh Rawal and a special mention to Himesh Reshammiya for the chartbuster song ‘Go Go Govinda’, which was coined by the filmmaker herself. 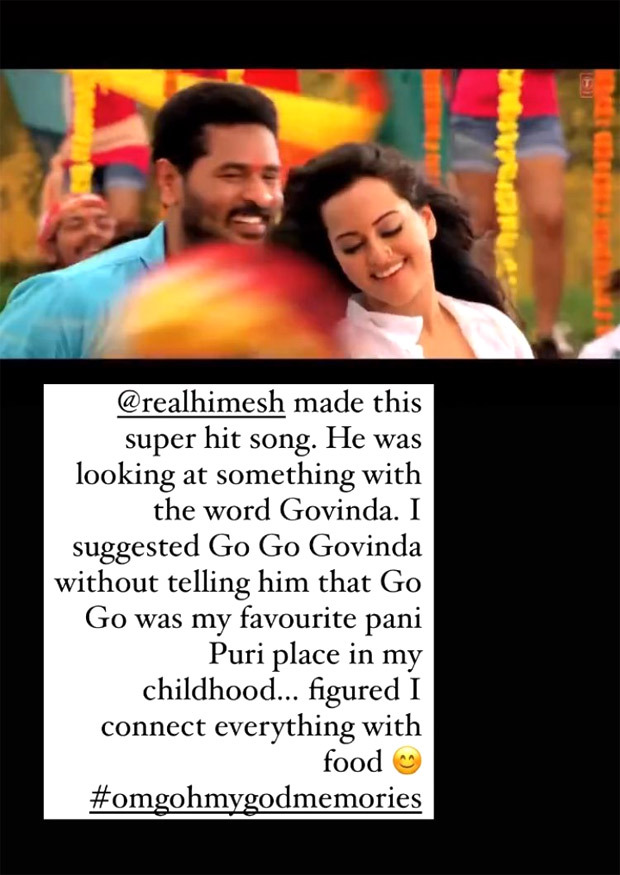 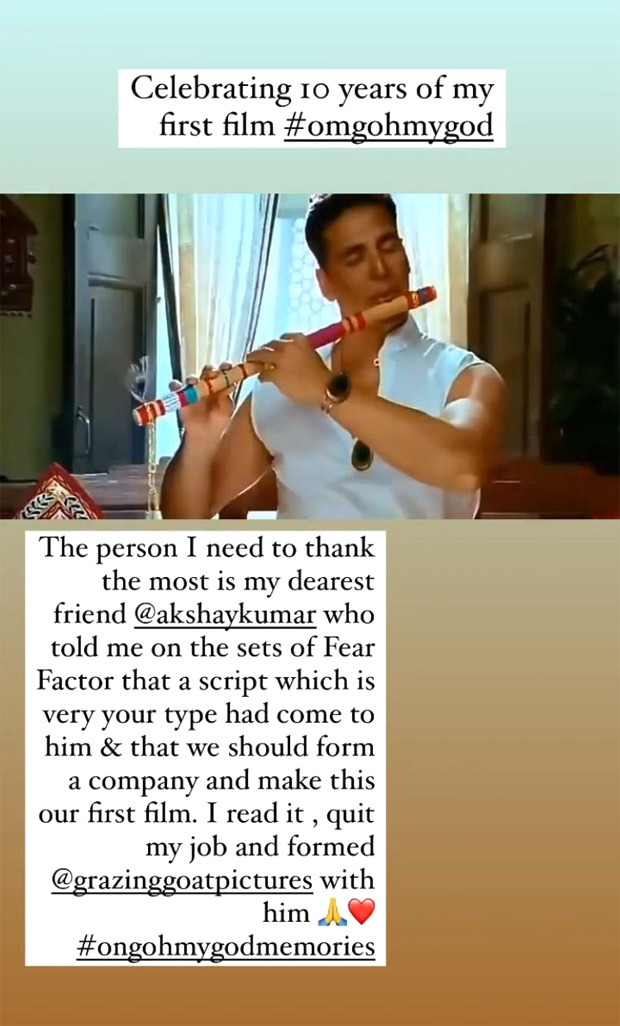 Employing her creative instincts, the filmmaker also made changes to the second half as well as the climax to offer a more impactful narrative to the story.

The omnipresent producer has been successfully leaving her imprints across all mediums. From certified hits like OMG: Oh My God! on the silver screen to the successful two seasons of Masaba Masaba on OTT, Ashvini offers content for every genre across demographics.

Currently running the successful television show Spy Bahu, in addition to working on a bunch of interesting projects, Ashvini is striving to offer new and interesting content to the audience.

Also Read: EXCLUSIVE: Is it POSSIBLE to make a film like OMG Oh My God in today’s times? Director Umesh Shukla gives an interesting answer on the 10th anniversary of the Akshay Kumar-starrer